Ranveer Singh And Rohit Shetty To Set Up Camp For Cirkus, An Adaptation Of The Comedy Of Errors 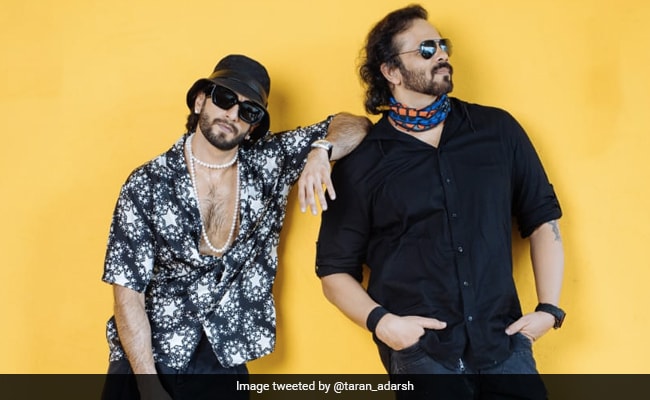 Brace yourselves for a brand new film announcement and here it is - Ranveer Singh has signed the dotted line for a new film with Rohit Shetty. Titled Cirkus, the upcoming movie is said to be Rohit Shetty's take on Shakespeare's play The Comedy of Errors. The primary cast of the film also includes actresses Jacqueline Fernandez and Pooja Hegde. Cirkus will also feature actors such as Varun Sharma, Siddhartha Jadhav, Johnny Lever, Sanjay Mishra, Vrajesh Hirjee, Vijay Patkar, Sulbha Arya, Mukesh Tiwari, Anil Charanjeett, Ashwini Kalsekar and Murli Sharma. The shooting schedule of Cirkus is expected to begin next month. Cirkus will be filmed across Mumbai, Goa and Ooty.

Rohit Shetty's new film will be presented by Bhushan Kumar and Reliance Entertainment. Rohit Shetty is not only directing the movie but also producing it, which is slated to release in the winter of 2021.

Cirkus marks Ranveer Singh's third collaboration with Rohit Shetty, who introduced the actor to his universe of cop dramas with the 2018 movie Simmba. Ranveer is also expected to make a special appearance as Simmba in Rohit Shetty's Sooryavanshiwith Akshay Kumar as the lead. Sooryavanshi, which has been rescheduled several times because of the lockdown, is most likely to release sometime between January and March.

Meanwhile, Ranveer Singh has completed the shooting schedule of two of his upcoming movies - '83 and Jayeshbhai Jordaar. '83 was initially supposed to release in April but has been postponed indefinitely. Jayeshbhai Jordaar is expected to hit screens later this year.