A Sooryavanshi Update: Here's When Akshay Kumar's Film Is Likely To Release 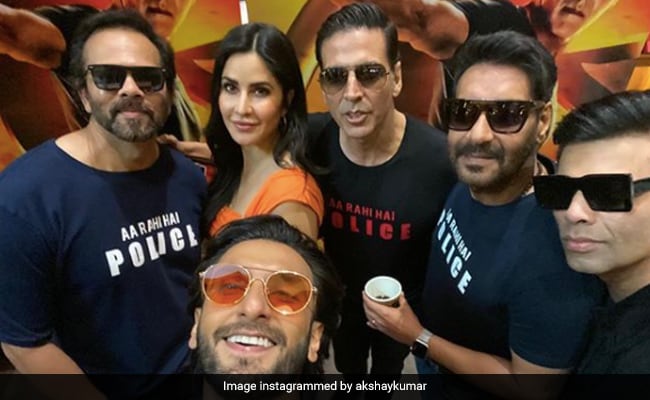 Sooryavanshi was initially supposed to release on March 24 (courtesy akshaykumar )

Here's yet another update about Sooryavanshi's release date. The Rohit Shetty cop drama was initially supposed to release in March but because of the lockdown, which was coronavirus lockdown, which was imposed just a day before the film's release, Sooryavanshi was rescheduled to Diwali. Even though the government has allowed theatres to open from October 15, several states are still in lockdown mode and yet to take the final call. Considering this factor, Reliance Entertainment Group CEO Sibashish Sarkar had said earlier that Sooryavanshi has been postponed yet again. Speaking to news agency PTI recently, he said: "We will release Sooryavanshi on a future date, which we haven't yet decided. Akshay, Rohit and Reliance will decide together on the new release date ideally between January to March."

Directed by Rohit Shetty, Sooryavanshi stars Akshay Kumar in the titular role while Katrina Kaif plays his love interest. Actors Ajay Devgn and Ranveer Singh, who have starred in the director's cop films before, will make special appearances in the movie.

Talking about why releasing Sooryavanshi is "not practical", Mr Sarkar said the makers need more time for promotion: "Earlier we had made announcements for the release of Sooryavanshi on Diwali and '83 on Christmas. Now releasing a film on Diwali is not practical as some states still haven't announced opening up theatres and you can't release Sooryavanshi with less than one month promotion."

As part of the Unlock 5 guidelines issued on September 30, the government gave the green signal to cinema halls, theatres and multiplexes, which will be allowed to operate "with up to 50 per cent seating capacity" from October 15. The final decision, however, has been left to the states involved. In Maharashtra, cinema halls to remain shut till October 30 for now.

Reliance Entertainment will also be presenting Ranveer Singh's sports biopic '83, the release date of which was moved from April 10 to Christmas. Shifting the release date of '83 was being considered earlier but most likely that's not happening, said Mr Sarkar: "For '83, as of now it's slated for a Christmas release. No change in that process."

Since the lockdown began, several big Bollywood movies have been releasing on OTT platforms, but Sooryavanshi and '83 turned out to be the first Bollywood films to officially announce they will release in theatres post-lockdown.