Akshay Kumar's Sooryavanshi Not Releasing On Diwali, '83 May Be Postponed Too

"We are not sure whether we will change both Sooryavanshi or 83 or we will just shift one film," said Reliance Entertainment Group CEO Sibashish Sarkar 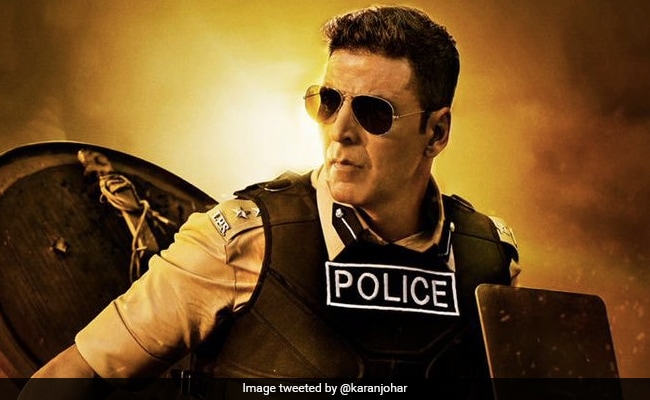 Akshay Kumar on a poster of Sooryavanshi (courtesy karanjohar)

Looks like Akshay Kumar's much-awaited cop drama Sooryavanshi has been postponed again. On Thursday, Reliance Entertainment Group CEO Sibashish Sarkar told news agency PTI: "One thing is clear, we are not releasing any film on Diwali. No other decision has been taken. It is not possible to release a film on Diwali now." On Wednesday, as part of the Unlock 5 guidelines, the government gave the green signal to cinema halls, theatres and multiplexes, which will be allowed to operate "with up to 50 per cent seating capacity" from October 15. The final call, however, has been left to the states involved. Referring to that, Mr Sarkar added: "As of now, all cinema houses are not opening from October 15. Even if it opens on November 1, how can you release a film in 10 or 15 days notice period?"

Sooryavanshi was initially supposed to release on March 24 but because of the nationwide lockdown imposed, the film was rescheduled. Months later, Reliance Entertainment, which is presenting the film, announced the film will have a theatrical release and has zeroed in on Diwali as the release date. Meanwhile, Reliance Entertainment will also be presenting Ranveer Singh's sports biopic '83, the release date of which was moved from April 10 to Christmas. "We are not sure whether we will change both Sooryavanshi or 83 or we will just shift one film. It is definitely clear December to March is the time (to release films), this is the realistic timeline," Sibashish Sarkar told PTI.

While several big Bollywood movies have been releasing on OTT platforms, Sooryavanshi and '83turned out to be the first Bollywood films to officially announce they will release in theatres post-lockdown.

Akshay Kumar co-stars with Katrina Kaif in Sooryavanshi and the film marks both stars' first project with Rohit Shetty. Sooryavanshi is Rohit Shetty's fourth cop drama after the Singham series of films and Simmba. '83, which has Ranveer's wife Deepika Padukone making a cameo as Kapil Dev's wife Romi, is the story of India's historic World Cup win in 1983.