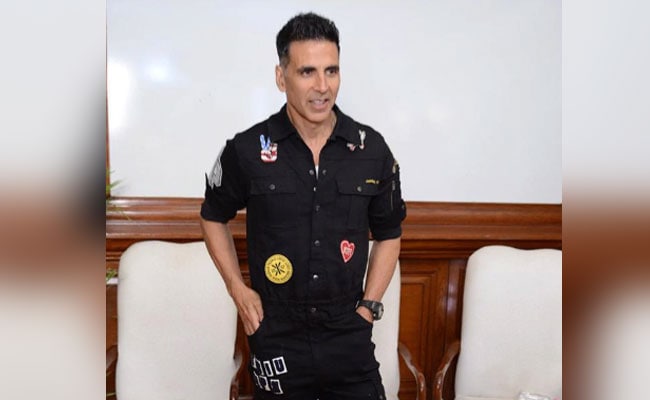 Akshay Kumar has not yet confirmed the news.

Akshay Kumar to take Yash Raj Films' Dhoom legacy forward? It looks like the actor has reportedly joined the cast of Dhoom 4 - the fourth instalment of the action-packed series, according to Bollywood analyst Atul Mohan. However, neither Akshay Kumar nor the makers have confirmed the news on social media. The rumours of Akshay Kumar joining Dhoom 4 started last year when a media report stated that the khiladi will reportedly play an antagonist in the film but more on that later. Now, Mr Mohan tweeted on Monday that a "highly placed source" has confirmed Akshay Kumar's association with the project: "A highly placed source has revealed that Akshay Kumar has been confirmed for #Dhoom4. Let's wait for official announcement soon."

A highly placed source has revealed that #AkshayKumar has been confirmed for #Dhoom4 Let's wait for official announcement soon.

The previous Dhoom instalments (produced by Aditya Chopra) feature stars such as Aamir Khan, Hrithik Roshan, Abhishek Bachchan, John Abraham and Uday Chopra in pivotal roles. The aforementioned report by mid-day claimed that Akshay Kumar has been finalised to play an "underworld don" in the fourth instalment of Dhoom. A source had told the tabloid: "Akshay's larger-than-life villain act in 2.0 convinced Adi (Chopra) that he would be the perfect fit for the next instalment of Dhoom. The duo has had some meetings, including the first round of narration. The role is of a suave underworld don and is much more nuanced than the villains of the previous editions. If all goes well, Akshay and Aditya will make an announcement by the year-end." The tabloid had also mentioned in its report that Dhoom 4 will be made without Abhishek Bachchan and Uday Chopra (Aditya Chopra's brother).

However, soon after that, Yash Raj Films released a statement and refuted the report. "The article 'Dhoom to get Khiladi's touch?' printed in today's mid-day is absolutely incorrect and baseless. Dhoom is an extremely important franchise for us but currently, we do not have an idea or script for Dhoom 4. We are always available to clarify any and all queries and strongly urge and request you to kindly double-check stories with us well in advance for us to be able to provide you with all accurate facts," read the statement.

On the work front, Akshay Kumar has several films in the pipeline such as Sooryavanshi,Atrangi Re, Bachchan Pandey and Bell Bottom. He was last seen in Mission Mangal.