Aishwarya Rajinikanth and Dhanush had announced separation in January 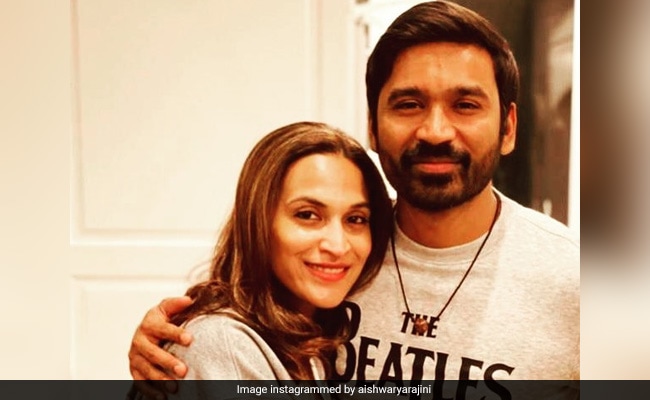 After announcing separation from Dhanush in January, Aishwarya Rajinikanth has now changed her Insta bio name. Her earlier name was Aishwaryaa R Dhanush and now, it reads, Aishwaryaa Rajinikanth (Aishwaryarajini). Seeing the same, Aishwarya and Dhanush's fans started commenting. One wrote, "why changed name mam. it's heartbreaking to see this. you must have your own reasons i understand. you might have gone through pain in this relationship." Another one wrote, "Aishwarya r Dhanush mam." Aishwarya Rajinikanth and Dhanush got married in 2004. They are parents to two sons, Yatra and Linga, who were born in 2006 and 2010, respectively. 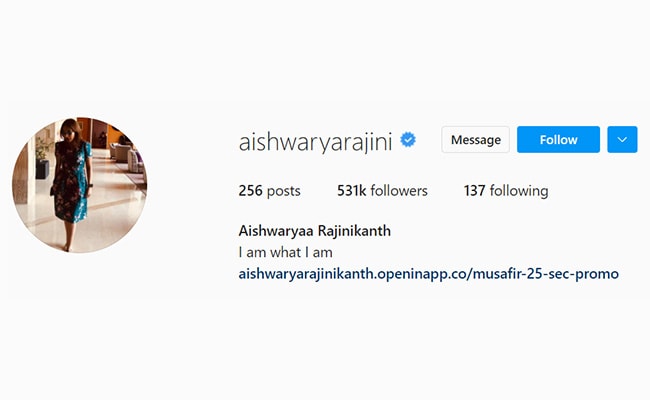 In January, Aishwarya and Dhanush had announced that they are parting ways and the news had left their fans heartbroken. Their statement had read, "18 years of togetherness as friends, couple, as parents and well-wishers to each other. The journey has been of growth, understanding, adjusting, and adapting. Today we stand at a place where our paths separate. Aishwaryaa and I have decided to part ways as a couple and take time to understand us as individuals for the better. Please do Respect our decision and give us the needed privacy to deal with this. Om Namashivaaya! Spread the love."

In March, Aishwarya Rajinikanth was hospitalised after experiencing fever and vertigo. She had shared the news and had written, "Life before covid and post covid ...back again in the hospital experiencing fever and vertigo and what not ! But when you get to meet one of the most beautiful inspiring motivational dynamic doctors to come and spend time with you ...it doesn't feel that bad doctor @prithikachary ! What a start to women's day eve for me to meet with you ! Honour ma'am."

On the work front, Aishwarya Rajinikanth recently released her new music video Payani. She is also returning to direction.