"Back again in the hospital," wrote Aishwaryaa Rajinikanth 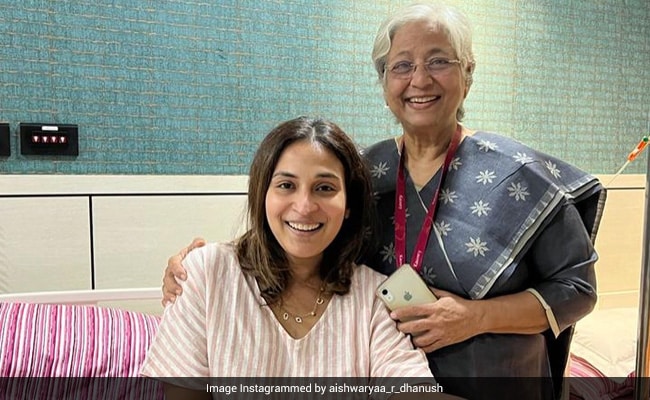 Filmmaker and Rajinikanth's daughter Aishwaryaa was admitted to a hospital after experiencing fever and vertigo, she revealed in her latest Instagram post. Sharing an update on her health on Monday, Aishwaryaa wrote in her post: "Life before covid and post covid ...Back again in the hospital experiencing fever and vertigo and what not." Thanking the doctor who has been treating her, Aishwaryaa wrote: "But when you get to meet one of the most beautiful inspiring motivational dynamic doctors to come and spend time with you...It doesn't feel that bad doctor Prithika Chary! What a start to women's day eve for me to meet with you. Honour ma'am."

Last month, Aishwaryaa had contracted COVID-19. She revealed that she tested positive and was admitted to a hospital. Posting a picture of herself from the hospital, Aishwaryaa wrote in her caption: "Tested positive even after all precautions...Got admitted... Please mask up get vaccinated and be safe... Bring it on 2022! We'll see what more is that you have in store for me."

In January this year, Aishwaryaa and Dhanush announced their separation in a joint statement that read,"18 years of togetherness as friends, couple, as parents and well-wishers to each other... The journey has been of growth, understanding, adjusting and adapting. Today we stand at a place where our paths separate... Dhanush and I have decided to part ways as a couple and take time to understand us as individuals for the better. Please do respect our decision and give us the needed privacy to deal with it."

Aishwaryaa accompanied the statement with a caption that read: "No caption needed...only your understanding n your love necessary."

Dhanush and Aishwaryaa worked together in 3, which marked the latter's directorial debut. The psychological thriller featured a song called Kolaveri Di, that became insanely popular.