Impressed with Ajith's work in the remake of Pink, Boney Kapoor is comtemplating making another film with the actor 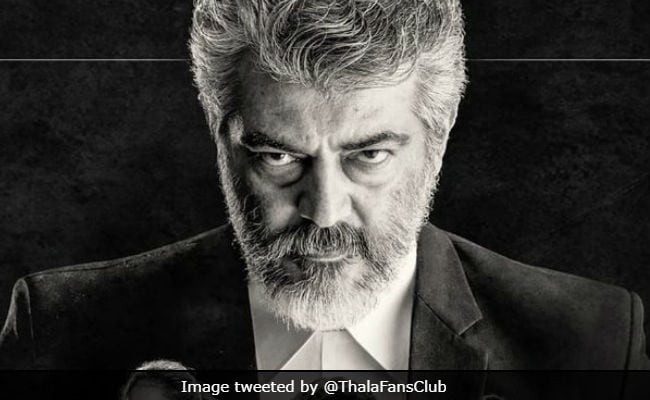 Saw the rushes of #NerkondaPaaravai. Happy... What a performance by Ajith.... I hope he agrees to do Hindi films soon. Have 3 action scripts, hope he says yes to atleast one of them. #NerkondaPaaravai#Ajithkumar

Ajith, who has predominantly worked in Tamil industry, had starred in a key role alongside actor Shah Rukh Khan in Asoka, his sole Hindi outing.

Reports have already emerged that Boney Kapoor is planning to get Ajith to do a Hindi film soon. An official announcement on the development is awaited.

Apparently, it was late actress Sridevi's wish that Ajith does a film in her husband's production.

"While working with Ajith in English Vinglish, Sridevi had expressed her desire that Ajith does a Tamil film for our home production. Nothing exciting came up till one day last year; Ajith suggested remaking Pink in Tamil. She immediately agreed as she thought it was the most appropriate and timely film to make and Ajith would bring all the elements required to make it into a great Tamil film," Boney Kapoor had previously said.

Boney Kapoor also confirmed that he has another project with Ajith in the offing.

"We hope to bring the remake of Pink to theatres on August 10. We are subsequently doing another film together and that will be scheduled to go on the floors in July 2019 and will be released on April 10, 2020," he said.