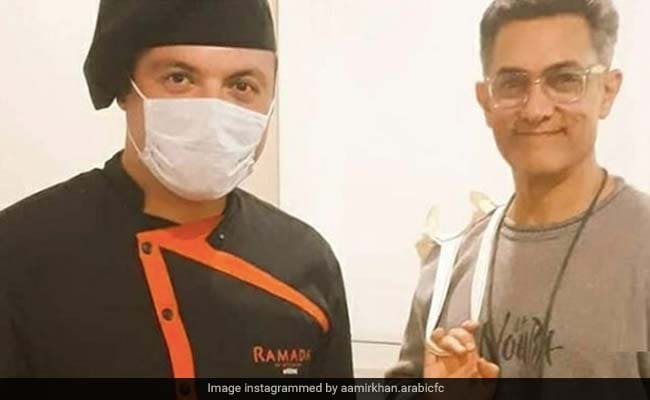 Aamir Khan topped the list of trends on Monday morning. The reason? His work. The 55-year-old actor, who is back at work, is currently in Turkey, where he is shooting for his forthcoming project Laal Singh Chaddha. Many fan pages dedicated to the actor on Instagram have been actively posting pictures of Aamir Khan from Turkey. In the pictures, bespectacled Aamir Khan can be seen sporting a salt-and-pepper look as he happily poses with his fans. Laal Singh Chaddha is the second film to shoot at an international location since productions were stopped because of the lockdown. The first is Akshay Kumar-led Bell Bottom. Last week, Akshay Kumar, along with his author and wife Twinkle Khanna, kids Nitara and Aarav and the cast of Bell Bottom flew to London for the shooting of the film.

Laal Singh Chaddha will be shot across a variety of locations. Earlier, the film's lead actor Aamir Khan was spotted at Amritsar and Himachal Pradesh, where segments of the film were shot.

Laal Singh Chaddha is a remake of the 1994 film Forrest Gump, which featured Tom Hanks in the lead role. The film is being directed by Secret Superstar director Advait Chandan. Laal Singh Chaddha is collaboratively being produced by Aamir Khan Productions and Viacom 18 Motion Pictures.

During an interview with news agency PTI earlier, the Lagaan actor spoke about why he decided to make a remake of Forrest Gump and said, "I have always loved Forrest Gump as a script. It is a wonderful story about this character. It is a life affirming story. It is a feel good film. It is a film for the whole family."