Akshay Kumar has the release of his upcoming film Bachchan Pandey, which was scheduled for December 25, to which Aamir tweeted a 'thank you'. 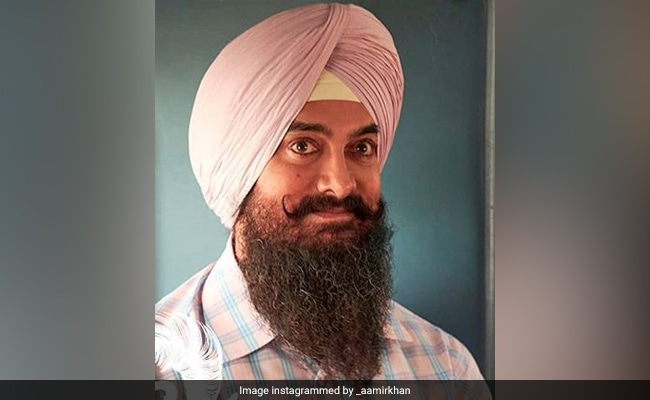 Aamir Khan revealed in a thank you tweet to Akshay Kumar today that the actor and producer Sajid Nadiadwala have agreed to reschedule their film Bachchan Pandey at Aamir's request. Aamir didn't say, but the film Bachchan Pandey was going to clash with on December 25 this year is Laal Singh Chaddha, which stars Aamir Khan as a desi version of Forrest Gump. All it took was 'one conversation,' per Aamir; in an answering tweet, Akshay wrote back, "We're all friends here." In fact, Aamir and Akshay's wife Twinkle Khanna are particularly good friends, in addition to being former co-stars. Bachchan Pandey will now release in January 2021.

Aamir Khan tweeted, "Sometimes all it takes is one conversation. Thank you to my friends Akshay Kumar and Sajid Nadiadwala for their warm gesture of moving the release date of their film Bachchan Pandey at my request. I wish them the very best for their film. Looking forward to it. Love a."

Sometimes all it takes is one conversation. Thank you to my friends @akshaykumar & Sajid Nadiadwala for their warm gesture of moving the release date of their film Bachchan Pandey at my request. I wish them the very best for their film. Looking forward to it.
Love.
a

Within an hour, Akshay Kumar replied to Aamir, attaching his look from Bachchan Pandey.

Meanwhile, Akshay Kumar's upcoming film Bell Bottom, which was initially scheduled to release on January 22, 2021 has now been postponed to April 2 that year.

I know there are enough memes out there about me clashing with myself one day but 22nd January, 2021 is not that day #BellBottom will now release on 2nd April, 2021!@ranjit_tiwari@vashubhagnani@honeybhagnani@monishaadvani@nikkhiladvani@EmmayEntertain@poojafilmspic.twitter.com/0Z3f5ZMa3q

This isn't the first time Akshay Kumar has agreed to a date change in order to avoid a box office clash. Last year, he and director Rohit Shetty changed the release date of Sooryavanshi to March this year from the original Eid slot in favour of Salman Khan's Inshallah, now shelved. Trolled subsequently, Akshay Kumar pacified his fans with a tweet, writing: "I can see and understand your angst, all I do is request you all with folded hands not to start/participate in such trends. I took up Sooryavanshi with a very positive outlook, let's continue making and releasing it in the same way."

Laal Singh Chaddha is being directed by Advait Chandan. The film's production will be a collaborative effort between Aamir Khan Productions and Viacom 18 Motion Pictures. Laal Singh Chaddha will also mark Aamir Khan's first release in two years. As for Akshay Kumar, Bachchan Pandey is his third upcoming release. He will also be seen in Sooryavanshi and Laxmmi Bomb which are slated to release on March 27 and June 5 respectively.