Bachchan Pandey: Kriti Sanon To Co-Star With Akshay Kumar In The Film

"Thrilled and beyond excited for this reunion," wrote Kriti Sanon 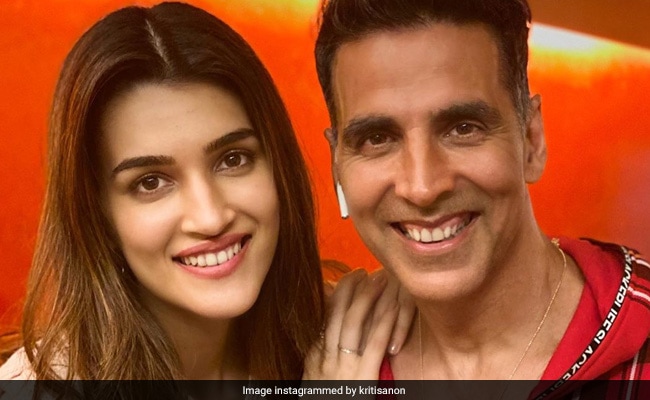 Kriti Sanon and Akshay Kumar are set to share screen space once again. Kriti will co-star with Akshay in the forthcoming film Bachchan Pandey, which will be produced by Sajid Nadiadwala and it will be directed by Housefull 4 director Farhad Samji. The duo recently co-starred in Housefull 4. The film is slated to release on Christmas, next year. The makers of the film welcomed Kriti onboard and tweeted on Wednesday: "We're extremely happy and elated to announce that the charming Kriti Sanon is here to make our Christmas 2020 merrier than ever. Welcome back to the family with Bachchan Pandey."

Kriti announced her association with the project on Twitter and she wrote: "Thrilled and beyond excited for this reunion! This Christmas is going to be a merry one! Can't wait to start Bachchan Pandey."

Thrilled and beyond excited for this reunion!! This Christmas is gonna be indeed a Merry Merry one! Can't wait to start #BachchanPandey#SajidSir@akshaykumar@farhad_samji@WardaNadiadwalahttps://t.co/ZNfju63DMy

Bachchan Pandey will be Akshay Kumar's tenth project with Sajid Nadiadwala. The duo have earlier worked together in films such as Heyy Babyy, Jaan-E-Mann, Waqt Humara Hai and the Housefull series.