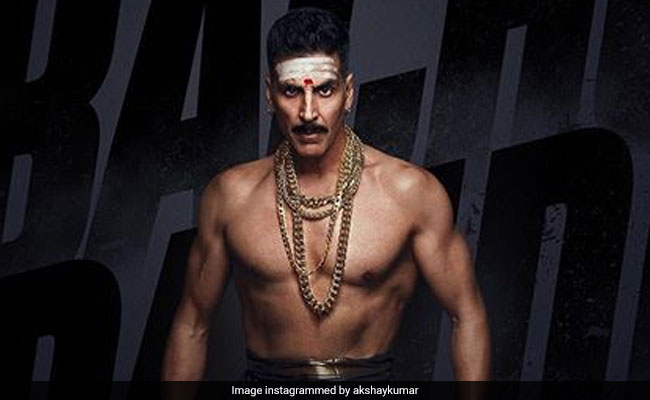 Akshay Kumar in and as Bachchan Pandey. (Image courtesy: akshaykumar)

A muscular Akshay Kumar takes centrestage in the announcement poster of his new film Bachchan Pandey, in which he'll play the title role. Akshay Kumar, dressed in a lungi with a three-stroked teeka on his forehead, looks aggressively at the viewers in the poster of the film, which will be directed by Farhad Samji and produced by Sajid Nadiadwala. Akshay shared the first poster of his film and wrote, "Coming on Christmas 2020! In and as Bachchan Pandey. In Sajid Nadiadwala's next, directed by Farhad Samji." Farhad, who is also directing Akshay in work-in-progress film Housefull 4, also shared the same poster and captioned it, "Bole to ekdum.... raaapchikkk he bhaiiii!!!.... Akki (as Akshay is fondly called) sir is the best."

Take a look at the poster of Akshay Kumar's Bachchan Pandey:

The clash is CONFIRMED... Aamir [#LaalSinghChaddha] vs Akshay [#BachchanPandey]... #Christmas 2020.

This may be a mega box office clash, considering Lal Singh Chaddha will be Aamir's first film in two years - after 2018 box office debacle Thugs Of Hindostan. As for Akshay, who multi-tasks like no one else in the film industry, Bachchan Pandey will be his third release of 2020 after Sooryavanshi and Laxmmi Bomb.

Akshay Kumar was seen in Kesari earlier this year and he's awaiting the release of Mission Mangal in August, Housefull 4 in October and Good News in December.