Earlier this week, Salman Khan announced that Rohit Shetty has rescheduled Sooryavanshi to avoid clash with Inshallah on Eid 2020 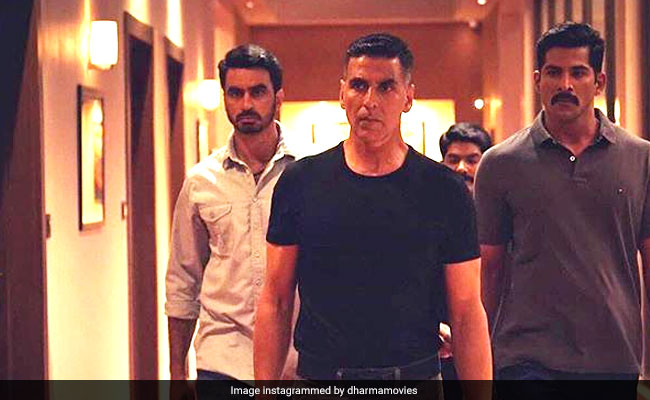 Just days after Rohit Shetty-directed Sooryavanshi was rescheduled to avoid a box office collision with Salman Khan's Inshallah on Eid next year, Akshay Kumar issued a tweet requesting netizens to stop promoting "negative trends". "Since the past few days I've noticed some negative trends being done by people dearest to me... you guys. I can see and understand your angst, all I do is request you all with folded hands not to start/participate in such trends. I took up Sooryavanshi with a very positive outlook, let's continue making and releasing it in the same way," tweeted the 51-year-old actor. Akshay Kumar's tweet appears to be in response to Twitter trends such as "#BoycottSooryavanshi" and "ShameOnRohitShetty", with which the actor and director were being trolled since the date change. A section of the Internet had also posted several hate tweets for Salman Khan.

On Wednesday, Sooryavanshi's new release date - March 27 - was announced not by director Rohit Shetty or lead star Akshay Kumar but by Salman Khan himself with a statement that said: "I always thought of him as my younger brother and today he proves it... Sooryavanshi releasing on 27th March, 2020." This upset fans of the Kesari actor, who began posting tweets criticising the decision. Here's a glimpse of how a section of Twitted reacted.

No Longer An Akshay Kumar Fan.....@akshaykumar#BoycottSooryavanshi

Director Rohit Shetty was also particularly targeted in some tweets:

Sooryavanshi marks Akshay Kumar's first movie with Rohit Shetty. It is the fourth instalment in the filmmaker's series of cop dramas after releases like Ajay Devgn's Singham and Singham Returns and Ranveer Singh's Simmba. Akshay Kumar co-stars with Katrina Kaif in the movie while Gulshan Grover plays the antagonist.