Laal Singh Chaddha: Aamir Khan dropped the poster with a cheeky and adorable note for Kareena. 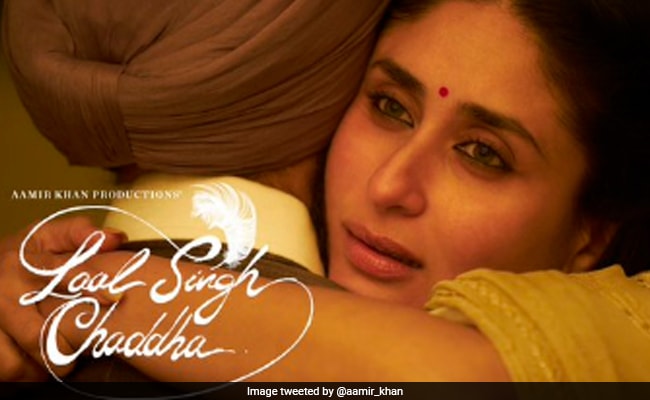 Kareena Kapoor on the poster of Laal Singh Chaddha (aamir_khan)

On Valentine's Day, Aamir Khan dropped Kareena Kapoor's first poster from their much talked about upcoming movie Laal Singh Chaddha. In the poster, Kareena can be seen hugging what presumably appears to be Aamir Khan, who plays the titular role in the film. On Twitter, Aamir Khan dropped the poster with a cheeky and adorable note for Kareena. "Happy Valentine's Day, Kareena. I wish I could romance you in every film... comes naturally to me," he wrote with the wink smiley. Describing the poster, Aamir Khan added: "Pa lene ki bechayni aur kho dene ka darr, baas itna sa hai zindagi ka safar (The Restlessness of achieving and the fear of losing... just this much is the journey of life)."

...
#HappyValentinesDay Kareena. I wish I could romance you in every film... comes naturally to me ;-)
Love.
a. pic.twitter.com/dafeyspkac

Aamir Khan's first look poster from the film was shared in November:

Laal Singh Chaddha is the Hindi remake of Tom Hanks' Forrest Gump. The film is much awaited because it will be his first release after the box office debacle of Thugs Of Hindostan. Laal Singh Chaddha will be helmed by Advait Chandan, who has directed Aamir in films such as Taare Zameen Par and Secret Superstar.

Laal Singh Chaddha is all set for a Christmas 2020 release. Akshay Kumar recently rescheduled his film Bachchan Pandey from Christmas to January 2021 to avoid a box office clash.