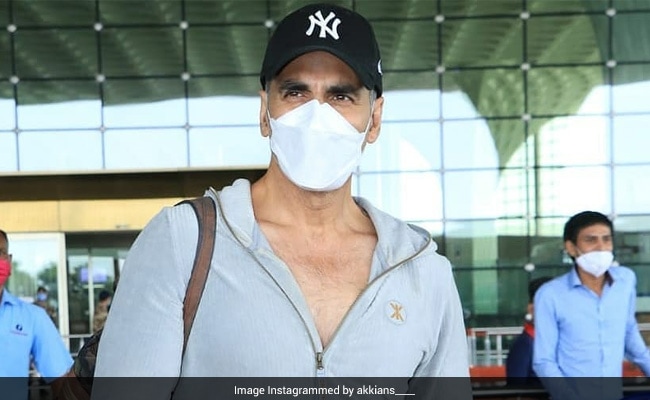 Bollywood star Akshay Kumar is back at work and how. On Thursday, the actor was photographed at the Mumbai airport along with his wife and author Twinkle Khanna and their kids Aarav and Nitara. The actor reportedly left for London on Thursday, where he will be shooting for his forthcoming film Bell Bottom. When Akshay was photographed at the Mumbai airport, the actor schooled the paparazzi on maintaining social distance. "Udhar hi raho (please stay there only)," Akshay can be heard saying in one of the videos shared on social media. Akshay Kumar was seen wearing a mask, while Nitara, Aarav and Twinkle Khanna were seen wearing protective shields as they were photographed at the airport.

@akshaykumar leaves for UK with wife @twinklerkhanna & kids Aarav & Nitara where the actor shall begin shooting for his next movie "Bell Bottom" . . #akshaykumar #twinklekhanna

Last month, a statement released by the makers revealed that Bell Bottom's first schedule is in UK, which might just make it the first film to shoot at an international location since productions were stopped because of the lockdown. "The schedule of the movie begins one month from now (August). The entire team of Bell Bottom will be heading to the UK for the same," said a statement from the film's team.