A statement released by the makers revealed that Bell Bottom's first schedule is in UK, which might just make it the first film to shoot at an international location 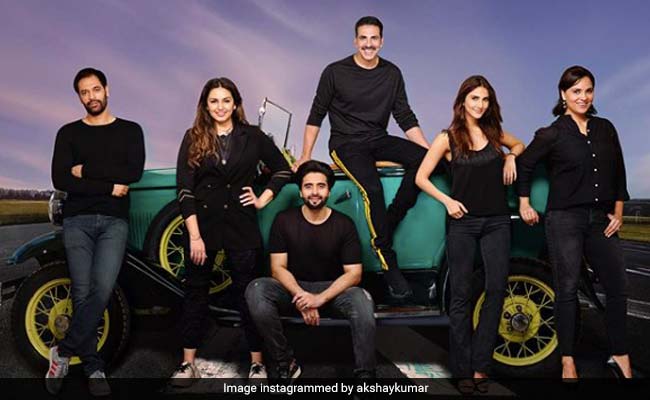 A look at the Bell Bottom team (courtesy akshaykumar)

Akshay Kumar just welcomed actresses Huma Qureshi and Lara Dutta to the team of his new film Bell Bottom and also announced that the film is all set to go on floors next month. A statement released by the makers revealed that Bell Bottom's first schedule is in UK, which might just make it the first film to shoot at an international location since productions were stopped because of the lockdown. "The schedule of the movie begins one month from now (August). The entire team of Bell Bottom will be heading to the UK for the same," said a statement from the film's team.

Last month, the Directorate General of Civil Aviation (DGCA) announced that commercial international flights to and from India is to remain suspended till July 15. The restriction will not apply to international cargo operations and flights specifically approved by the aviation regulator. Civil Aviation Minister Hardeep Singh Puri had said before that India will take a decision on resuming international passenger flights in July if coronavirus behaves in a "predictable manner".

Akshay Kumar, who shared a photo of the film's team on Instagram, wrote: "Looking forward to doing what we do best! Time we get back to work! Bell Bottom to go on floors next month." Vaani Kapoor announced she joined the cast of the movie last week. Huma Qureshi, who co-starred with Akshay in Jolly LLB, wrote: "Can't wait to join team Bell Bottom. Shoot begins next month! Let's do this!" Lara Dutta, who worked with Akshay in films such as Blue and Andaaz, wrote: "Keeping up with the new normal. Excited to join team Bell Bottom. Shoot to begin in August!"