"We hope that all your questions and assumptions are rested for once and all," wrote Mahhi Vij 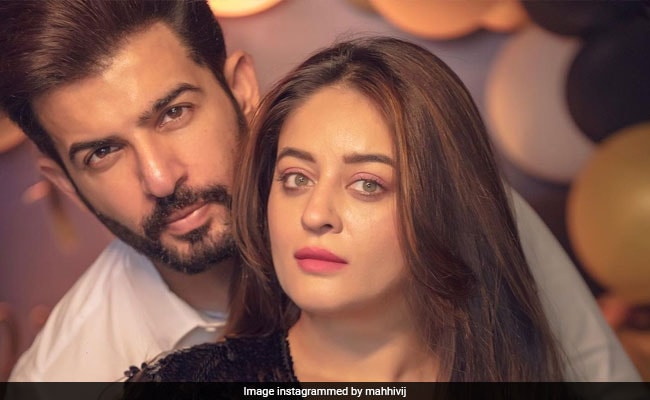 TV star Mahhi Vij and her husband Jay Bhanushali, in 2017, had adopted their house help's kids Khushi and Rajveer and they had then announced that they would be taking care of the kids' education and upbringing. However, they are frequently trolled by a section of the Internet for ignoring their foster kids. On Friday, they released a joint statement clarifying that Khushi and Rajveer are living in their hometown. Mahhi Vij wrote, "A lot of you have been questioning, a lot of you have been assuming, a lot of you have been writing anything and everything and it's just fair. Yes, we are parents, foster parents! Tara entered our lives as a beautiful blessing but that doesn't change our feelings for Khushi and Rajveer. When Khushi came into our lives, we became parents but a part of us knows that the decision and the first rights belong to her father and mother."

The actress, who welcomed her biological daughter named Tara in 2019, wrote that all three children are "equally loved" by her and Jay and that they interact with the kids through regular video call sessions. She added, "So, today to all of you who may question that why aren't you seeing them with us of feel that we have abandoned them, please don't! It pains us and it will hurt our children when they grow up. For us all our three children are equally loved but two of them though living in their hometown are still precious for us. Our video calls and frequent exchange of messages keep us close to them and that's a decision none of us have a right to interfere in."

"The love doesn't change," wrote the actress and she signed off the statement with these words: "These kids will keep coming and they have two homes for a lifetime, one in their hometown and one with us. All our festivals like Diwali and even Khushi's birthday are celebrated together. The love doesn't change and will always only grow! We hope that all your questions and assumptions are rested for once and all! Please bless our children, wish them well because that's all we want, positivity and Good Karma."

Mahhi Vij and Jay Bhanushali got married in the year 2010 after dating for several years. The couple participated together in Nach Baliye 5 and they even won the show.

Rubina Dilaik On Being Body-Shamed: "You Gain One Extra Inch And They Start Commenting "Arre Buddhi Lagne Lagi Hai"