"You can't deal with failures...failures deal with you," said Abhishek Bachchan 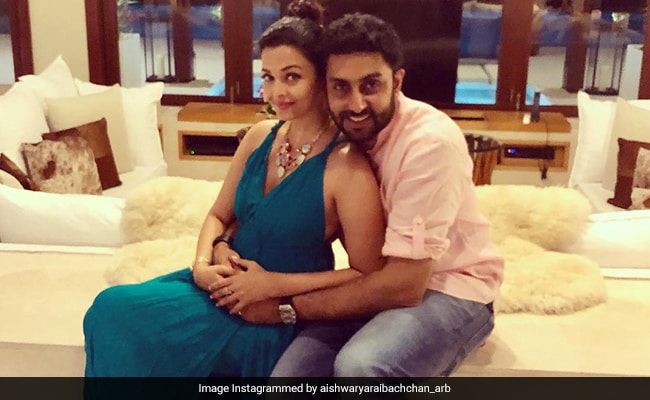 Abhishek Bachchan, who has mastered the art of giving it back to trolls on social media, in a recent interview with news agency ANI, talked about how wife Aishwarya Rai Bachchan helped him deal with negativity over the years. He told ANI, "My wife once told me that, 'you get 10,000 positive comments but you get affected by one negative comment. You should concentrate on positivity and experience the beauty of the positive world'. So, I always try to look at things with positivity. The Dhoom actor added that his mantra is to not be affected by failures and criticism. "You can't deal with failures...failures deal with you. The only thing matters is how you come out of it. I don't let failures and criticism affect me negatively, I take them as positives to better myself as a person and professional. I always try to make my failures a lesson," he told ANI.

Speaking of the kind of response the trailer of his upcoming film Dasvi received, Abhishek Bachchan said, "By God's grace, everything has been positive for team Dasvi...people gave humongous love to our trailer...the kind of self-confidence you get seeing such love is wonderful. Can't wait for the audience to watch our film."

Abhishek and Aishwarya, co-stars of Umrao Jaan, Guru, Kuch Naa Kaho and Raavan among others, got married on April 20, 2007. The star couple welcomed their daughter Aaradhya in 2011.

In terms of work, Abhishek Bachchan awaits the release of Dasvi, which also stars Nimrat Kaur and Yami Gautam. Directed by Tushar Jalota, thee film will release on Jio Cinema and Netflix on April 7.

Aishwarya Rai Bachchan, will next be seen in Mani Ratnam's Ponniyin Selvan. She was last seen in the 2018 musical Fanney Khan, co-starring Anil Kapoor and Rajkummar Rao.