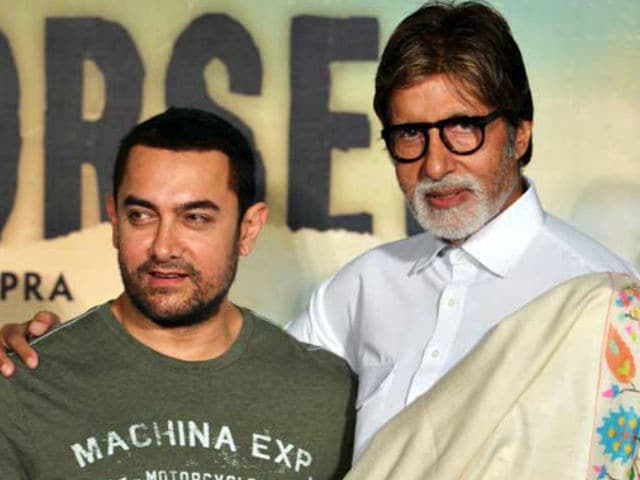 Mumbai: Aamir Khan and Amitabh Bachchan were would reportedly share screen space in a film, titled Thug, but the Dhoom: 3 actor says it's too early to comment on the project and that it is his dream to work with the Piku actor.

There have been reports that the 51-year-old actor has signed Vijay Krishna Acharya's Thug, which is also likely to feature Mr Bachchan.

When asked about it, Aamir said it is "too early" to talk about the film, but insisted that if he gets an opportunity, it would be a huge deal for him to act alongside the 73-year-old actor.

"Mr Bachchan is someone I am a huge fan of. I grew up watching his films. I love him, respect him in every way. I have learnt so much from him. If I get the opportunity to work with him that would be my dream come true. I hope it happens. But when it does happen, you all will get to know," Aamir said.

Aamir will be next seen in Dangal releasing this December.