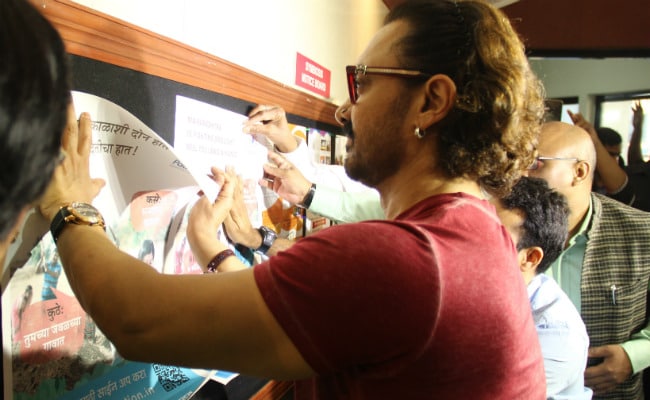 New Delhi: Superstar Aamir Khan recently dropped by at the Symbiosis International in Pune to invite students to join his latest initiative to fight drought in Maharashtra. During his visit, Aamir urged the students to volunteer for 'Shramdaan' an initiative that will enable the registered folks to participate in watershed management work carried in out in the rural areas of Maharashtra on May 1. After having shared the details of his campaign, Aamir Khan took permission from the founder of the prestigious institution to stick posters on the college wall and boards and did so with full dedication. Both Aamir Khan and his wife Kiran Rao own Paani Foundation - a non-profit body which operates to improve water scarcity in the rural parts of Mumbai. 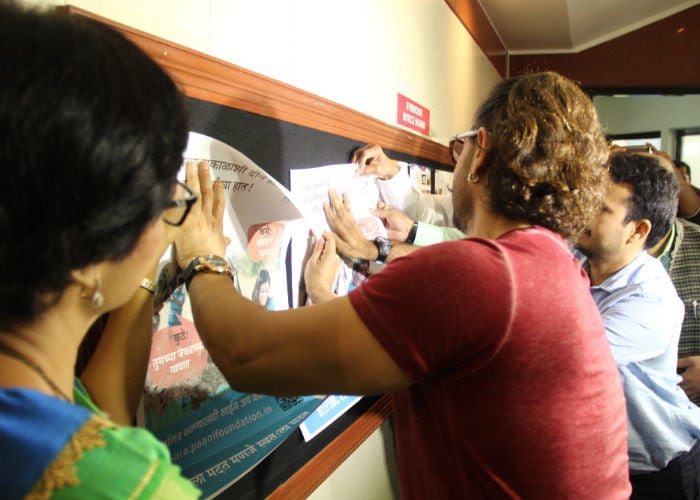 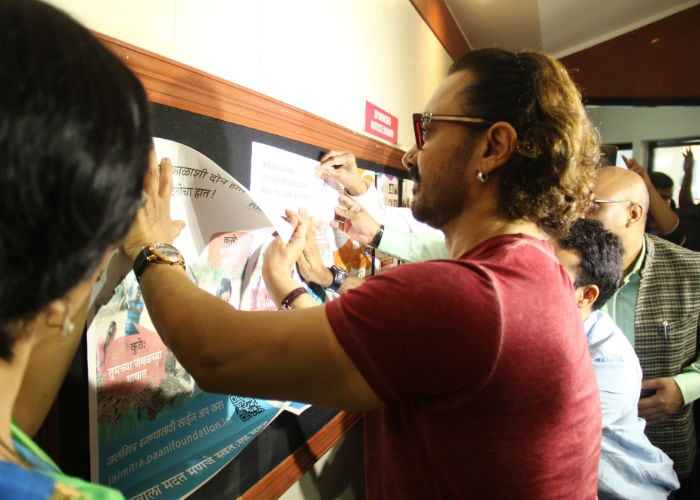 Aamir Khan explained by signing up for the campaign or as a 'jalmitra', registered persons can contribute to the ongoing watershed management initiatives in villages near them. The 'Jalmitra' campaign was started on World Water Day - March 22, this year. However, on Maharashtra Day - May 1 - Paani Foundation has organised for a 'Mahashramdaan' which will be held across the 75 talukas under the Satyamev Jayate Water Cup. The Satyamev Jayate's Water Cup initiative, started in 2017, is designed as a competition between villages, that will be involved in water conservation activities.

Promoted
Listen to the latest songs, only on JioSaavn.com
Not just to students but Aamir Khan has also called out to his Bollywood colleagues to be part of the initiative. In a tweet on Friday, Aamir has tagged Amitabh Bachchan, Alia Bhatt, Ranveer Singh, Abhishek Bachchan and Rajkummar Rao among others, about which he said: "I have tagged a lot of celebrities in my tweets, the idea is that the information should reach a larger number of people".

On the work front, Aamir Khan will next be seen in Vijay Krishna Acharya's Thugs Of Hindostan, in which he co-stars with Amitabh Bachchan, Katrina Kaif and Fatima Sana Shaikh.