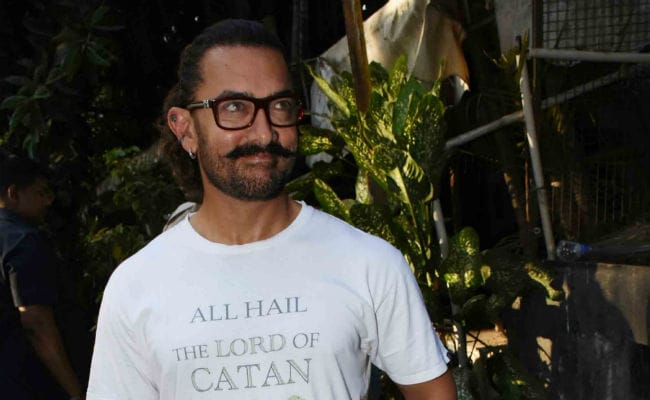 New Delhi: Aamir Khan, who recently completed 30 years in Bollywood, told news agency IANS that when he entered showbiz, he was 'a minority, a lone ranger.' The 53-year-old actor said that he always made films 'he believed in' irrespective of what the market and others though about the project. Aamir Khan said: "When I came to the film industry, I was a minority, a lone ranger. I was someone, doing films that I believed in, but the market, the host of other people did not believe in such films. Only a few of us did. I was constantly swimming against the tide. Now the time has changed. Now, these films are considered mainstream."

"I do believe that the sensibility of the audience has been changing from last 30 years that I have been acting. I know that films like Jo Jeeta Wohi Sikandar if made today, would have been a massive hit (at the box office) because this is the kind of films that today's audience love," he added.

Aamir Khan has come a long way since the release of his breakthrough film Qaymat Se Qaymat Tak (1988). Films such as Mela and Andaz Apna Apnatanked at the box office but Aamir Khan has mostly delivered superhit films - Ghajini, Lagaan, Dhoom: 3, PK and 2016's Dangal.

"I do not think about commercial and content driven film so sharply in my head. For me, a cinema should be good and I want it to be loved by as many people as possible. Now, 'good cinema' is considered as critically acclaimed, and 'loved by people' means commercially successful. These two are different things from outside...but these words don't enter my head," said Aamir Khan.

"As a creative person, I want to do good work. And I want more and more people to like my work. When I am trying to do these two things, it automatically translates into my work as commercial cinema and critically acclaimed cinema," said Aamir, who has produced films such as Jaane Tu... Ya Jaane Naa and Delhi Belly.

Aamir Khan told IANS that he 'aware of the potential business of a film but that doesn't bother him.' He said: "My thought process is still the same. When I am doing a film like Talaash I know it will not be the biggest blockbuster of the year but I want to do that film because I believed in it."

"After Qayamat Se Qayamat Tak (first commercially hit film), though I had a successful film, did not have money to buy a car. I used to use public transport until I started getting mobbed by people who recognised me in public," said Aamir, revealing he started his career by earning Rs 1,000 per month for his first film. "I earned Rs 11,000 for Qayamat Se Qayamat Tak."