Aamir Khan On His 30 Years In Bollywood, Saying No To Sanju And More

Aamir Khan was launched in the love story Qayamat Se Qayamat Tak (1988), he went on to become one of the most successful mainstream movie star 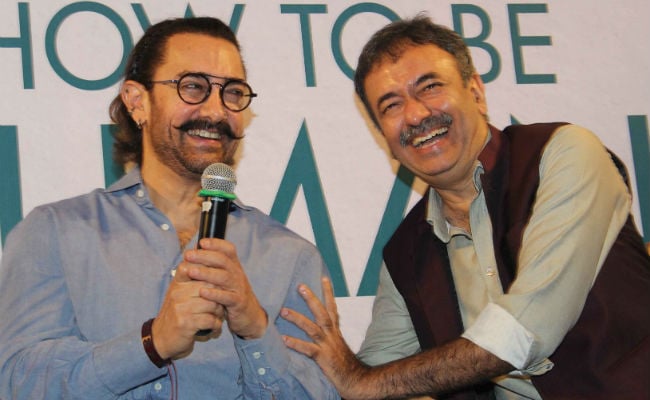 Mumbai: Aamir Khan completes 30 years in the movie business. Launched in mainstream cinema as a chocolate boy in the love story Qayamat Se Qayamat Tak in 1988, he went on to becoming one of the most successful mainstream movie star of the country. As an actor, he has taken risks with the kind of movies he has backed over the years and also established market for himself. His name is a trustworthy brand that guarantees entertainment in the real sense of the word. In this interview, Aamir speaks about his 30-year long journey in the film world, the risks involved, tapping the web shows market and saying no to his friend Rajkumar Hirani's Sanju.

Q: Aamir your fans have a lot of trust in you. When your film comes they go and watch it, on that day no one talks about how expensive a movie ticket is. They know that they will be entertained. Was there a strategy that worked?

Aamir Khan: I am not sure I can claim that I actively tried to build that reputation. Actually, what I have followed through my career is that I have been very demanding with myself. What's important for me is am I happy with a role / with a film? I want to do good work and be happy with it. Perhaps that has resulted in the trust between me and the audience. They then saw that work I did over the years was of good quality it ended up building goodwill over time. All I did was I just satisfied myself as a creative person.

Q: How do you approach a role? How do you prepare for a role? Aamir Khan: My first reading is pathetic, that's when I feel the directed will ask me to leave. Then I work on it. My biggest strength is I am not scared to fail. So I'm not shy or scared during rehearsals. I can sense a good performance and I can work my way there. For someone like Zaira Wasim, it just happens, she picks up faster. She is a natural actor; I am not. I have to understand a role, work on it and reach that point. Say for example, in a performance also if I show that I am hurt then that's a superficial level of performance because I am hurt and I'm showing hurt. Slightly deeper is I'm hurt and I'm not showing it but you are understanding it by just seeing my behavior. When you layer a performance it gets richer. In Talaash (2012) my character is living with the fact that he could not save his son. So no matter what scene I'm doing through the film that dark cloud of guilt that he could not save his son should always be there. You remove that layer then the performance will change.

Q: After 30 years is it easy to memorise long dialogues?

Aamir Khan: No. Some people have a photographic memory. Sanjay Dutt can just see one page, and he will know all the lines. You give him three pages, and he will look at them and keep the paper and will be ready. I am not like that. I take time. I do rehearsals for three to four months before a film. I do rehearsals with director then I do rehearsals alone, and that's when I learn my lines so that when I am on the set, I should be ready. It should be your line and not the writer's line, that takes time with me.

Aamir Khan: For me, my cinema should be good, and I want to be loved by as many people as possible. When I am saying 'good cinema' for someone that may mean 'critically acclaimed.' I want to be loved by everyone now that may mean 'commercial cinema' to someone. These are terms that don't go in my head. Maybe because I want both it translates into commercial and critically acclaimed.

Q: When was the first time you figured you have become very famous?

Aamir Khan: After QSQT. People would just come everywhere to see me; I couldn't' walk out on the road. I did a successful film, but I didn't have a car. I used to travel by auto rickshaw or bus but after a point, I couldn't. So I used to tell my uncle can I borrow your car I have to go somewhere there are just people everywhere I go.

Q: Do you remember how much you got paid for your first film?

Q: You were approached by Rajkumar Hirani for the movie Sanju to play Sunil Dutt's role, what happened there?

Aamir Khan: Dutt Saab's role is a fabulous role. There is so much about Sanju's relationship with his father, but Sanju's role is unbelievable. I told Raju that role had won my heart. In this film I can't do any other role apart from Sanjay Dutt's, which I can't do because Ranbir is doing. So don't offer me any other role. I can't come to a set thinking and be looking at Ranbir and be like, hmmm.. these should be my lines. (Laughs)

Promoted
Listen to the latest songs, only on JioSaavn.com
Q: Web shows is a huge market now. A lot of people are watching shows sitting at home. Any plans to tap that?

Aamir Khan: It's a great market. There are no boundaries of the duration and time and people are experimenting a lot there, which is great. Till now I haven't thought about exploring that but yes if something interesting comes by then I would love to.