Aamir Khan On Son Junaid's Career In Bollywood: "Left It To Him"

Aamir Khan on son Junaid: "He should lead his own life and take his own decisions." 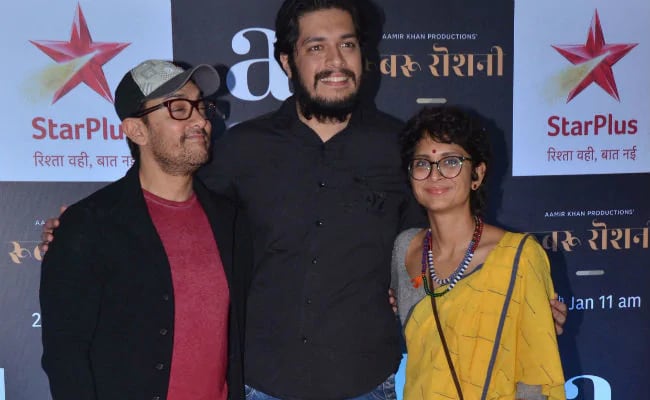 Aamir Khan has said that his son Junaid is currently more interested in doing theatre and he supports his decision. Junaid, Aamir's elder child with first wife Reena Dutta, has worked as an assistant director on Rajkumar Hirani's PK, which featured the Bollywood superstar in the lead. "It is up to him (about making his film debut). He should lead his own life and take his own decisions. I don't want to take it for him. I have left it all to him. He certainly has an inclination towards the creative world and towards filmmaking," said Aamir in an interview. "He is following his path, he has studied theatre. He is actually more interested in theatre than films. I am allowing him to go and find his own path. That's how it should be. He is very bright," he added.

The superstar once again made it clear that if Junaid wants to venture in to Bollywood as an actor, then he will have to follow the proper process and give audition for roles. "If I feel there is something that I got and if he (Junaid) fits in, then only (I will cast him)... He will have to go through a casting process. He hasn't audition for anything," Aamir said.

Talking about his eight-year-old son Azad, the Thugs Of Hindostan star said he has started spending more time with him. "Kiran had told me two-three years ago that I don't care for them and she was not saying it in a complaining way and that is important to understand. One thing changed after that is I started coming home by 6 pm. From 6 pm to 8 pm I'm with Azad and then after 8 pm I again start work. But those two hours we are together I read to him, talk, etc."