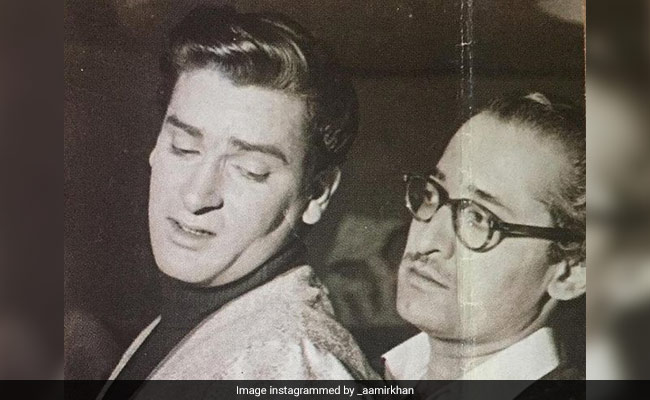 Aamir Khan might be a social media recluse on most occasions but the actor doesn't shy away from sharing posts for his loved ones on social media. On his uncle Nasir Hussain's 17th death anniversary, Aamir Khan remembered the filmmaker by sharing a special post on his Instagram profile. The 53-year-old actor shared a throwback picture of Nasir Hussain along with late actor Shammi Kapoor. In his post, Aamir addressed Nasir Hussain as his "guru" and wrote: "Remembering my uncle, Nasir Hussain, Chachajaan for me, my guru. Today is his death anniversary. It's been 17 years since we lost him."

Remembering my uncle, Nasir Husain, Chachajaan for me, my guru. Today is his death anniversary. It's been 17 years since we lost him.

Nasir Hussain was the brother of filmmaker Tahir Hussain (Aamir's father). Nasir Hussain was married to assistant choreographer Ayesha Khan and the couple were parents to Mansoor Khan, who directed films like Qayamat Se Qayamat Tak, Jo Jeeta Wohi Sikander and Akele Hum Akele Tum, all of which starred Aamir Khan in the lead.

On the work front, Aamir Khan's last big release was the 2018 film Thugs Of Hindostan, which did not perform well at the box office. The Vijay Krishna Acharya-directed film also starred Amitabh Bachchan, Katrina Kaif and Fatima Sana Shaikh in pivotal roles.