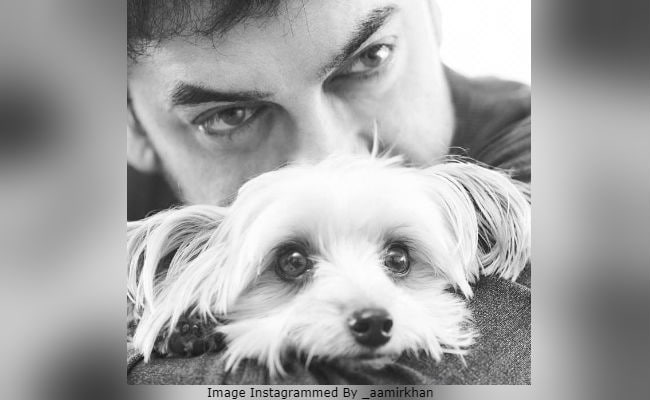 Aamir Khan returned to Instagram almost after a month to post a cute picture of himself with his pet dog Imli. Yes, that's the name. "Imli and me," read the 53-year-old superstar's caption for the picture, in which he can be seen snuggling Imli. Adorable! Their black and white picture has got over 1 lakh likes in an hour including that from Arjun Kapoor and Katrina Kaif, with whom Aamir has co-starred in films like Thugs Of Hindostan and Dhoom 3. "Look at those eyes of yours" and "wow, what a cute picture" are some of the comments posted. Take a look. (Aamir has shared the same image on Twitter too).

Meanwhile, Aamir has also shared some cute pictures of his wife Kiran Rao and their son Azad with Imli. Here are some.

And Obelix is refused the magic potion by Getafix!!!

Aamir debuted on Instagram last year during his birthday and currently has 2.1 million followers. On the work front, Aamir was last seen in the aforementioned Thugs Of Hindostan, which failed miserably at the box office. Apart from Aamir and Katrina, the film also starred Amitabh Bachchan and Fatima Sana Shaikh. He is now rumoured to be making Mahabharata. On TV, Aamir Khan recently produced a Republic Day-special show Rubaru Roshni.