Aamir Khan Doesn't Want to Spoil Son Azad. Hence, an Eidi of Rs 2 For Him 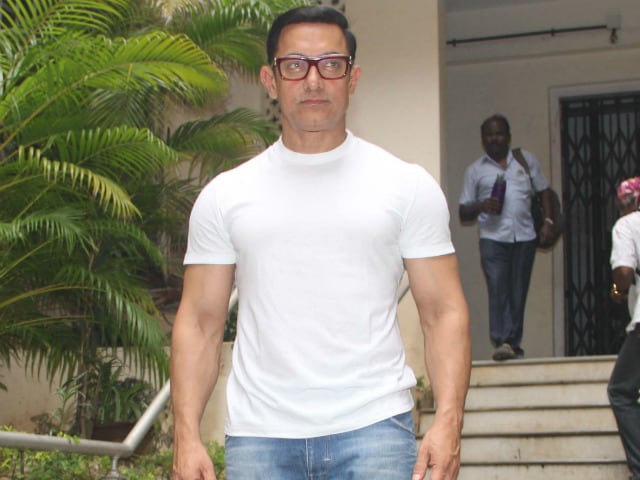 Mumbai: He may be one of the highest earning stars in the country but actor Aamir Khan said that he gives his youngest son Azad an Eidi of only Rs 2.

Aamir interacted with the media on Thursday on the occasion of Eid at his mother's residence.

When asked about what special plans he has today with wife Kiran Rao and their son, Aamir told reporters: "Kiran and Azad are not here, they have gone to Europe because school holidays are going on of Azad. I couldn't go because of work."

The 51-year-old actor, who is currently shooting for Dangal, quipped that he does not give any expensive Eidi to his youngest son.

"No special Eidi for him. I give him only Rs 2. Zyada bigaad na nahi hai (I don't want to spoil him)," he added.

The PK star said that he prefers to spend time with his family on Eid.

"On Eid, I meet my family and spend time with them. When I was a kid, I was interested in Eidi more than Eid. But now I have to give Eidi," Aamir added.

On being quizzed about whether the other two Khans - Shah Rukh and Salman - share biryani on Eid, Aamir said, "Yes, sometimes we do exchange biryani, but not necessarily only when it is Eid."