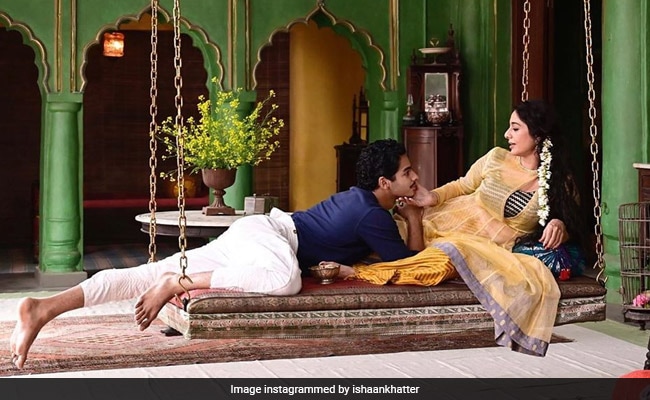 Tabu and Ishaan Khatter in a still from A Suitable Boy. (Image courtesy: ishaankhatter)

The first look of Mira Nair's A Suitable Boy is out now and it features Tabu as courtesan Saeeda Bai and Ishaan Khatter as Maan Kapoor, who is infatuated with her. A Suitable Boy is director Mira Nair's TV adaptation of Vikram Seth's sprawling novel of the same name, which showcases the stories of four families set in the post-Partition era. In the first look poster, Ishaan as Maan looks mesmerised by Tabu's character Saeeda Bai as she holds his face sitting on a swing. The duo can be seen dressed in traditional outfits. Sharing the picture, Tabu wrote: "First look #ASuitableBoy." Ishaan Khatter also shared the first look on his Instagram profile.

A screenshot of Mira Rajput and Tara Sutaria's comments on Ishaan's post. 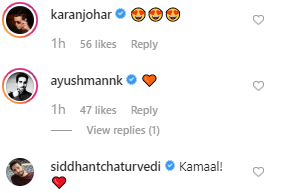 Earlier, talking about her role, Tabu, who has previously worked with Mira Nair in the 2006 film The Namesake, said she is looking forward to another "creatively charged experience" with the filmmaker. She told news agency IANS: "I'm very happy to be working on A Suitable Boy and especially with Mira. Having worked with her on The Namesake, I look forward to one more creatively charged experience."

Announcing her association with the series, Tabu shared a photo along with the team on social media and wrote: "New beginnings."

Ishaan, who is collaborating with Tabu and Mira Nair for the first time for this project, earlier stated that he feels honoured "to be working on this illustrious material alongside such distinguished artists and technicians led by the indomitable Mira Nair." Before the first look, he shared a picture of Tabu and Mira Nair from the sets and wrote: "And a new journey commences. Powerhouses!"

..and a new journey commences powerhouses!

A Suitable Boy went on floors in September this year. As mentioned above, the series is set in newly-independent India and interweaves the stories of four families - the Mehras, the Kapoors, the Chatterjis and the Khans.