Gully Boy To A Suitable Boy: Vijay Varma 'Elated' To Be Working With Mira Nair

Vijay Varma will play the supporting character of Rasheed, a student at Brahmpur University in A Suitable Boy 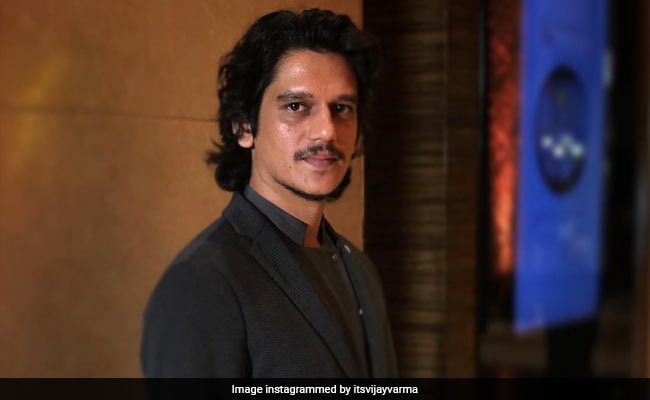 Gully Boy actor Vijay Varma, who has been cast in director Mira Nair's TV adaptation of Vikram Seth's sprawling novel A Suitable Boy, says he's 'elated' and is the 'biggest admirer' of Ms Nair's work, reports news agency IANS. Vijay Varma, who received critical acclaim for his role as a drug dealer in Gully Boy starring Ranveer Singh and Alia Bhatt, will play the supporting character of Rasheed, a student at Brahmpur University. Brahmpur is the fictional town in which much of the novel is set. Rasheed also tutors Tasneem, sister of courtesan Saeeda Bai, in Arabic.

A Suitable Boy will be Vijay Varma's first international project. "I am elated to be part of a Mira Nair project. I've been the biggest admirer of her work and cannot wait to make this illustrious story come alive," Vijay said in a statement, reports news agency IANS.

Vijay Varma also described the casting process: "During the process of screen tests, I read a few parts but it was the character of Rasheed that really attracted me as an actor and I was drawn to it. I'm glad that this project came my way and I'm looking forward to be working with a stellar team," he said, reports IANS.

A Suitable Boy, considered a modern classic, also stars some familiar faces from Mira Nair's previous films. They include Tabu, who Mira Nair directed in The Namesake, as well as Shefali Shah, Randeep Hooda and Vijay Raaz, all of whom appeared in Monsoon Wedding. Ms Nair revealed several cast details in an interview to Film Companion at the Cannes Film Festival: "Tabu plays Saeeda Bai, the courtesan based on Begum Akhtar. Randeep Hooda, my discovery from Monsoon Wedding, is this cool stud in Calcutta called Billy Irani. Shefali Shah, a wonderful actor, plays Rupa Mehra, the mother of the young woman, for whom she wants the suitable boy. Vivaan Shah plays this wastrel lout who turns good. We're in talks with Naseeruddin Shah, we hope he'll play a major role. We are in talks with several people; some total discoveries. I just recently cast Vijay Varma, from Gully Boy: he plays a very important role, of Rashid. And Vijay Raaz, my wonderful PK Dubey from Monsoon Wedding. And Vivek Gomber plays a very important role."

Rasik Dugal has also reportedly been cast in the film as Savita Kapoor, the sister of Lata Mehra, the central character for whom the hunt for a suitable boy is on. Vivek Gomber reportedly plays Arun Mehra, Lata's elder brother.

Under serious wraps is the casting of Lata herself and her three suitors - Haresh, Amit and Kabir.

The epic-like A Suitable Boy is set in newly-independent India and interweaves the stories of four families - the Mehras, the Kapoors, the Chatterjis and the Khans.