A Suitable Boy Has Found Its Lata. Also, Ishaan Khatter Joins Tabu In The Cast

Mira Nair said, "Today, A Suitable Boy is timelier than ever... We will keep the history and dream of an alternate India alive." 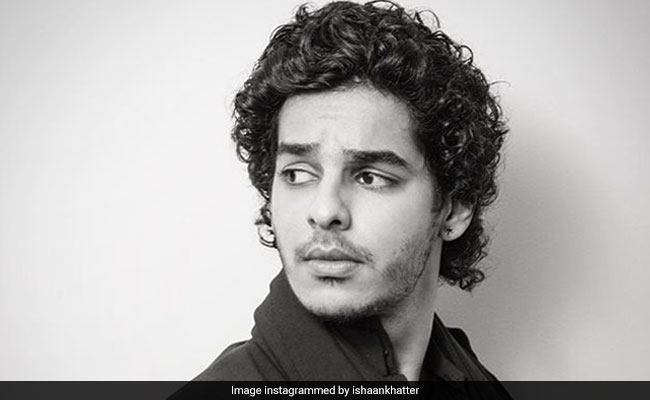 A Suitable Boy has found its suitable girl. Filmmaker Mira Nair's adaptation of the Vikram Seth classic has cast unknown actress Tanya Maniktala in the central role of Lata, reports news agency IANS. Ishaan Khatter also joins a cast already bursting at the seams with names such as Tabu, who plays courtesan Saeeda Bai, and Vijay Varma, cast as Rasheed, tutor to Saeeda Bai's sister Tasneem. Ishaan plays Maan Kapoor, who is infatuated with Saeeda Bai and whose brother Pran is married to Lata's sister Savita. Tanya, who starred in web series Flames, told IANS, "I have been in a daze this whole time, and all of this still feels surreal... I am still understanding Lata and the complexities of her reality, and I hope I can deliver, but for now I am focusing on enjoying the process and just taking it one day at a time."

Ishaan Khatter, who made a splash in the films Beyond The Clouds and Dhadak last year, told IANS that he feels honoured "to be working on this illustrious material alongside such distinguished artists and technicians led by the indomitable Mira Nair."

The Dhadak actor added, "I hope I can satisfy her vision and give the global audience the character they deserve in Maan Kapoor." Ishaan's character Maan clashes with his politician father in the story set during 1951.

Speaking about adapting A Suitable Boy, Mira Nair said, "Vikram tells the story of a free India and our people with wit, clarity and love - I am deeply honoured to be the one bringing this intimate, epic tale of an unseen India to the world."

She added, "Today, A Suitable Boy is timelier than ever. With a mix of legendary and cutting-edge actors from the subcontinent, shooting entirely on location in palaces, villages and streets across northern India, we will keep the history and dream of an alternate India alive."

Meanwhile, Tabu, who has earlier worked with Mira Nair in The Namesake, told IANS, "I'm very happy to be working on A Suitable Boy and especially with Mira. Having worked with her on The Namesake, I look forward to one more creatively charged experience," Tabu said.

Apart from Tabu, some other familiar faces from Mira Nair films have reportedly been cast in The Suitable Boy - Shefali Shah, Randeep Hooda and Vijay Raaz, all of whom appeared in Monsoon Wedding. Mira Nair revealed several cast details in an interview to Film Companion at the Cannes Film Festival: "Tabu plays Saeeda Bai, the courtesan based on Begum Akhtar. Randeep Hooda, my discovery from Monsoon Wedding, is this cool stud in Calcutta called Billy Irani. Shefali Shah, a wonderful actor, plays Rupa Mehra, the mother of the young woman, for whom she wants the suitable boy. Vivaan Shah plays this wastrel lout who turns good. We're in talks with Naseeruddin Shah, we hope he'll play a major role. We are in talks with several people; some total discoveries. I just recently cast Vijay Varma, from Gully Boy: he plays a very important role, of Rashid. And Vijay Raaz, my wonderful PK Dubey from Monsoon Wedding. And Vivek Gomber plays a very important role."

What we don't know yet and would like to is who plays Lata's three suitors - Haresh, Amit and Kabir.

The six-part series will be distributed by BBC Studios and it will be filmed across India including in Lucknow and Maheshwar.