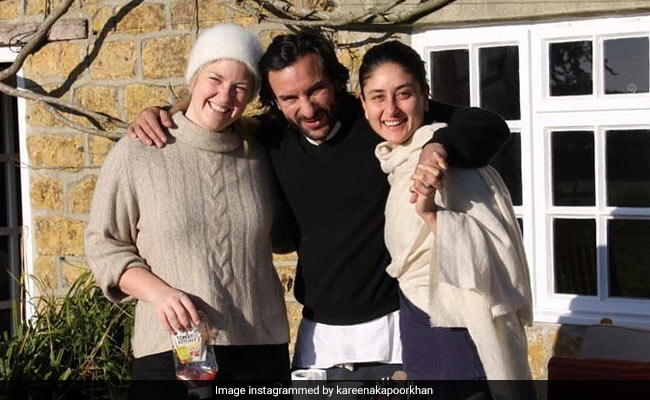 Saif Ali Khan might be a social media recluse but he often features in wife Kareena Kapoor's Instagram posts. Kareena Kapoor, on Wednesday, added a happy picture to her Instagram profile, which features the actress with her husband and actor Saif Ali Khan, along with their friend Alexandra Galligan. Kareena's post was a birthday greeting for a friend. She captioned the post: "Happy birthday my darling Gally. We miss us all being together... Very soon. God willing. Here's to Chiswick dinners. Hugs." In the throwback picture, the couple can be seen smiling with all their hearts.

A few days ago, Kareena Kapoor shared a throwback with Saif and she captioned it: "My saif-haven. #flashbackfriday." Check out the post here: