'83 Ranveer Singh plays the character of Kapil Dev from the time when he was the captain of Indian cricket team and won the World Cup in 1983. 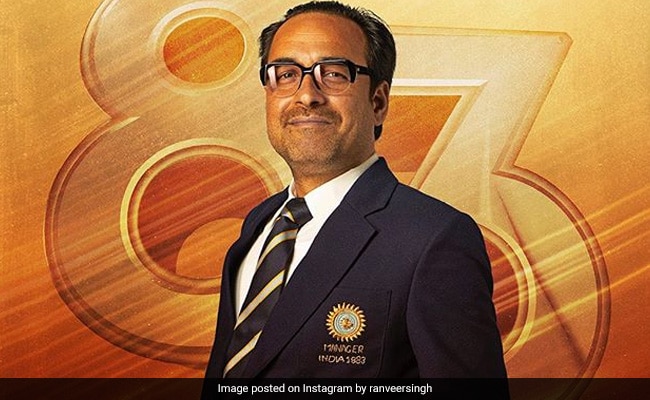 Ranveer Singh plays the character of Kapil Dev in '83, which is based on India's historic win at the World Cup in 1983. Kapil Dev captained the team to the World Cup Win.

Check out the poster from '83:

Last year, Pankaj Tripathi in an interview with news agency PTI talked about his "emotional ride" when he read the script of '83. He was quoted saying, "It was an emotional ride for me while going through the script. At some of the places I was in tears. I am really inspired with the whole journey of Kapil Dev. From when I heard the script, I was certain that I wanted to be a part of this film."

While talking about the director of '83 Kabir Khan, the actor said, "He was always in my wish list of directors to work with someday." He further elaborated on his interest on signing the film and was reported saying, "Ranveer Singh is one of the factors that I chose to sign the film."

Earlier, Ranveer Singh had introduced his co-stars from '83, who play the role of his teammates in the film. Some of them include Dhairya Karwa as Ravi Shastri, Ammy Virk as Balwinder Singh Sandhu, Hardy Sandhu as Madan Lal and many more. The movie will release on April 10.