Akshay Kumar tweeted with a video:"Desi police is coming on March 27 with lots of action, till then meet the videsi police." 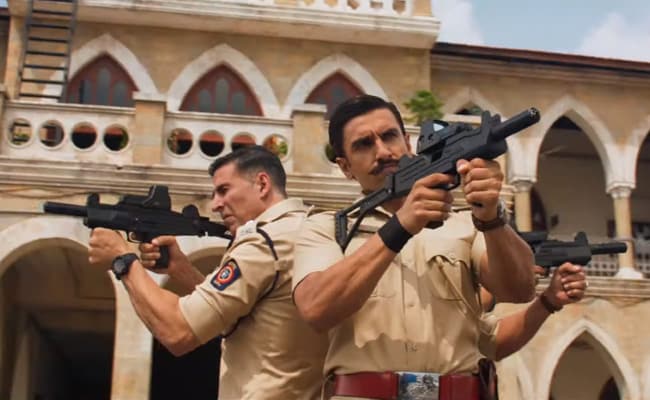 Rohit Shetty's "bad boys" - Akshay Kumar, Ranveer Singh and Ajay Devgn - have set the Internet on fire. Hollywood stars Will Smith and Martin Lawrence's upcoming cop drama Bad Boys For Life is all set to hit screens, not only in theatres abroad but also in India. That too in Hindi,Tamil and Telugu apart from English. Filmmaker Rohit Shetty announced his "association" with the Hollywood film's release in India with a brand new promo. The Bad Boys For Life promo, which is now crazy viral, features the feisty old school cops played Will Smith and Martin Lawrence, along with a blockbuster glimpse of Akshay, Ranveer and Ajay as from Rohit Shetty's world of cop drama. For the uninitiated, Rohit Shetty is currently directing Akshay in Sooryavanshi, has directed Ranveer in Simmba and Ajay Devgn in the Singham series of films.

Akshay, on his tweet wrote: "Desi police is coming on March 27 with lots of action, till then meet the videsi police. Bad Boys For Life this January 31st at a theatre near you." Sooryavanshi is all set to hit screens on March 27.

Desi Police is coming on 27th March with lots of action, till then meet the Videsi Police, Bad Boys For Life...this 31st January at a theatre near you. #BadBoyswithRohitShettypic.twitter.com/sZM3m8ZZOf

In Sooryavanshi, Akshay Kumar plays the titular role while Katrina Kaif stars opposite him. The 52-year-old actor is the chief of Anti-Squad Terrorism, Veer Sooryavanshi, whose character was introduced in the climax of the film Simmba. Earlier Akshay had described his cop persona as "Desi avengers of the cop universe," with a picture of Ajay and Ranveer with him, dressed as cops.

Bad Boys For Life will release in India on January 31.