19 Years Of Devdas: Madhuri Dixit's Post Is An "Ode To Dilip Kumar"

"Just like Devdas, you will continue to live on," wrote Madhuri Dixit 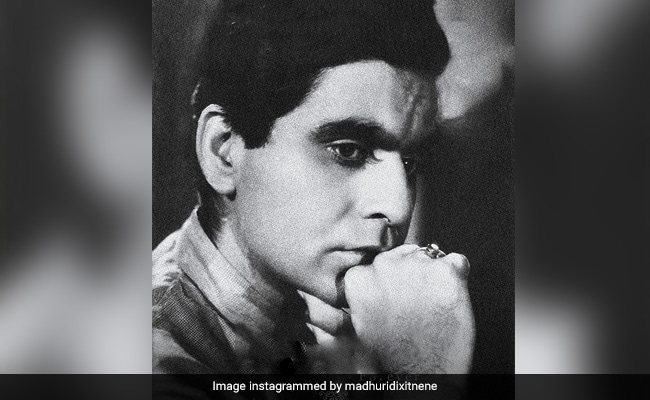 As Sanjay Leela Bhansali's magnum opus Devdas completes 19 years today, Madhuri Dixit shared a special post for the film on her Instagram profile. She shared the film's official poster, along with a throwback picture with Shah Rukh Khan and director Sanjay Leela Bhansali. Shah Rukh, played the titular role, while Madhuri played the role of courtesan Chandramukhi, who was completely devoted to Devdas in the film. Aishwarya Rai Bachchan played the role of Paro, a part of the complicated love triangle. Along with throwbacks, Madhuri Dixit also paid tribute to legendary actor Dilip Kumar, who played the titular role in the 1955 rendition of Devdas. Dilip Kumar died at the age of 98 in Mumbai on Wednesday. "As we celebrate 19 years, we salute the legend. Devdas. Then, now. Forever."

Devdas, which released in 2002, is an adaptation of Sarat Chandra Chattopadhyay's novel of the same name. In 1955, director Bimal Roy made a film on the same novel with late actor Dilip Kumar as the eponymous Devdas, Suchitra Sen as Paro and Vyjayanthimala as Chandramukhi.

"Reminiscing some great and happy memories from the sets of Devdas. Even 19 years later it all feels so fresh! Thank you Sanjay for sharing these. Will Cherish these forever! Here's our ode to Dilip Kumar, just like Devdas, you will continue to live on... forever! #19YearsOfDevdas," wrote Madhuri Dixit.

Shah Rukh Khan added a ROFL post to his profile and wrote: "All the late nights....The early mornings... Hard pace and problems. Worked out fine because of the gorgeous Madhuri Dixit. The stunning Aishwarya Rai Bachchan, ever cheerful Jackie Shroff dada, full of life Kirron Kher and the whole team slogging it under the masterful and patient Sanjay Leela Bhansali. Only issue....The dhoti kept falling off! Thanks for the love everyone."

Sanjay Leela Bhansali's version of Devdas won five National Awards including the popular film award. It was also India's entry for Best Foreign Language Film at the Oscars and BAFTA in 2003. The film was also screened at the Cannes Film Festival.