Sushmita Sen talked about her personal life, including the time when she was declared steroid-dependent for life in a recent interview 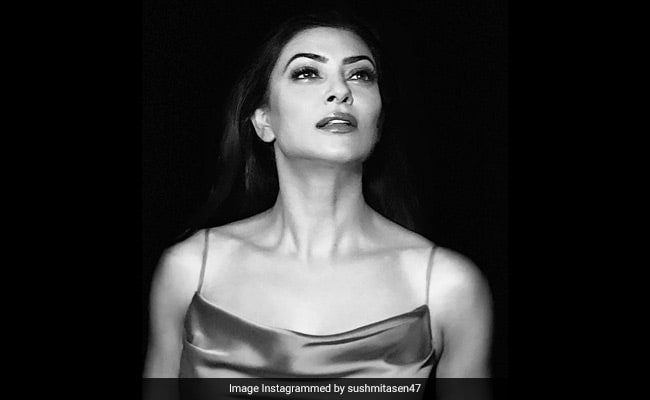 Sushmita Sen's interview with Rajeev Masand on Women We Love revealed several things about the actress, including the relationship she shares with her daughters Renee and Alisah, with her boyfriend Rohman Shawl (and the true story of how they met), a major illness and much more. Sushmita Sen, who was last seen in Bengali film Nirbaak, also talked about her future in the entertainment industry, among other things. Sushmita Sen, who was the first ever Indian to win the Miss Universe title, also revealed how she almost lost the opportunity to participate in the beauty pageant, which made her a global star.

Here are 10 things we learned about Sushmita Sen from Women We Love.

Did Sushmita Lose Her Passport Days Before Leaving For Miss Universe?

"I did not lose my passport. It was given to Anupama Verma, a coordinator for events, for a show in Bangladesh. I confidently told Miss India that my passport's safe with Anupama Verma but she couldn't find it. She did take responsibility for it but the timing of it was scary. I had to go crying to my dad but I'm not from those well-connected families. Times Of India did not help me at all," recounted Sushmita. "Mr Rajesh Pilot (Congress member from Rajasthan) helped my father to get my passport in time. He said, 'Look, she's representing our country, we've got to aid this process instead of delaying it'," Sushmita added.

After the passport fiasco, the Miss India organisers asked Sushmita to enter for Miss World and let Aishwarya Rai, who was the first runner-up, go for the Miss Universe competition. "I was very angry. When you win something, rightfully so, then you're not requesting it. It's easy to say, 'We can't do anything about it and Miss World is in November and we'll figure out your passport till then'," said Sushmita.

"I told my father that I'm not going for anything else and if I can't go (for Miss Universe) then nobody else can," she added.

How Sushmita Sen Told Renee She Was Adopted

Sushmita Sen, then 24, adopted Renee after much difficulty. Sushmita said that she told Renee about the adoption through the game of Opposites. "We started playing Opposites like tall-short, etc and then I said adopted and biological," Sushmita said, adding that she told Renee that "biological is boring." She said: "I told her, 'Biological is boring... everybody is born from somebody's stomach. Why would you want that? You're special because you're born from the heart'."

"Renee really loved to play the game and tell everyone, 'You're biological... oh, you're boring'," Sushmita added.

On her 16th birthday, Sushmita Sen told Renee that she could access information about the details of her adoption from the court when she turns 18. "I told her we don't know if the court has the names of her biological parents' but there is information in an envelope which is only rightfully hers after she turns 18. I didn't want to give her the wrong information because I did not want her to go there and get her heart broken. I told her, 'I'll take you whenever you're ready... we must go.' She told me, 'But why do you want me to go find out?' I said that 'You don't have to but in case you want to I'll help you seek out your biological parents'." Renee chose to pass.

Why Sushmita Sen Decided To Stop Working After Adopting Alisah

Sushmita Sen said that when she asked herself if she'd regret not doing films or if she'd regret choosing to do films instead of spending time with Alisah, her answer was clear. "It was a no brainer for me... I did not sponsor a child, I became a mother," she said. "With Renee, my role was more like a provider but with Alisah I wanted to do it differently."

Sushmita Sen told Rajeev Masand that she is currently brainstorming with Netflix and Amazon over possible projects. "We're creating content I fit right into. And when I say 'I fit right into' I mean I'm coming back as a newcomer," said Sushmita.

"I've been after her (director Farah Khan) life saying, 'That's it... we've got to do Main Hoon Na Returns.' You cannot have a better franchise than that one," said Sushmita. Main Hoon Na marked Farah Khan's debut as a director and the featured Shah Rukh Khan in the lead role with Sushmita as his love interest.

It's pretty simple - "The reason I don't follow anybody on Instagram is because that's not what I got on it for. I got on and stayed true to it that I will tell you my life with as much honesty as I have lived," said Sushmita Sen.

No, Sushmita Sen and Rohman Shawl did not meet at a fashion show. She set the record straight: "Rohman sent me a direct message on Instagram. I don't check direct messages but I was going through it and accidently opened a DM which was sent to me by Rohman Shawl." Sushmita replied to the message and then Rohman wrote back: "I'm jumping from one roof to another... I cannot believe you responded.' And again this message was all heart. And I replied again but we were not in touch for a month when I was in the US."

She said that they reconnected later and Rohman invited her to watch his football game. Sushmita told him: "This will not be something that will be fun. Rather, let's have a coffee." They met and Sushmita added: "And that's just it. When I met this person I just felt like I'd known him my whole life. It was that simple."

Sushmita Sen talked about the time she was declared steroid-dependent for life. "I went to London to be treated, I went to Germany to be treated and both times they (doctors) declared me steroid-dependent for life. I was like I cannot live with steroids in my body because I can see the side effects of this taking place already. I couldn't open my eyes because they were swollen... my eyesight was weaker. To accommodate energy I had to up the steroids. I was taking 60 mg in a day which would go up to 100 mg if there was a conference or a show," said Sushmita.

"In October 2016, I finally collapsed. When I collapsed I was rushed to Abu Dhabi... they took me off steroid and conducted the Synacthen test again and then they released me as I had to go to Dubai," Sushmita added. She barely got there when the doctor called and said she should not take the steroids as her body was producing adrenaline. "He said, 'In 35 years of my practise, somebody with an adrenalin failure has never come back to producing cortisol again'." He asked her to go off the steroids and warned her she'd suffer withdrawal symptoms. "From October 2016 to October 2018, I went through the worst withdrawal, which affected me deeply," Sushmita added.

Sushmita Sen is best-known for her roles in films such as Biwi No 1, Main Hoon Na and Maine Pyaar Kyun Kiya, among others.