Sushmita Sen Joined Instagram After Illness, Worried That 'People Wouldn't Know About' Her 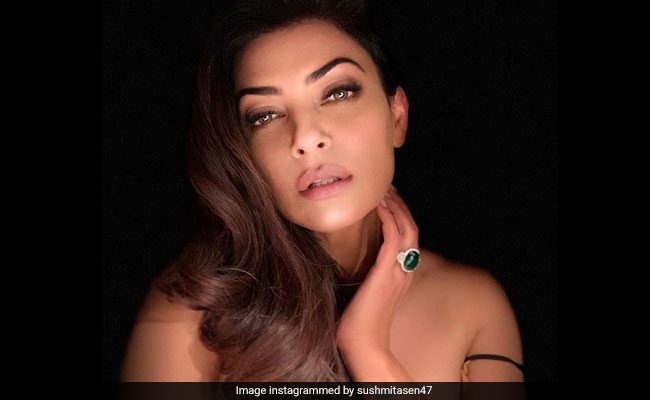 Actress Sushmita Sen, who has over four million followers on Instagram, revealed in a recent interview to Rajeev Masand on Women We Love that she joined the photo-sharing site due to a health scare. Sushmita said: "I was very, very sick and I have hair that's falling. I have become moon-faced and I have steroid deposits. During this time, a thought crossed my mind, if this does kill me, people would never know who I was. So, one night, I just got on to Instagram and opened that page." Sushmita Sen, who is best-known for her roles in films such as Main Hoon Na, Biwi No 1 and Aankhen, debuted on Instagram in 2016.

The 43-year-old actress is currently quite active on social media and she frequently shares updates from her life, including that of her daughters, Renee and Alisah, and her boyfriend Rohman Shawl. Sushmita Sen frequently finds a spot on the list of trends following her mushy posts featuring Rohman, who is a fashion model. They frequently workout together and Sushmita Sen shares snippets from their routine with her Instafam. Sushmita also shares her daughters' achievements and details of their school activities.

❤️????????❤️????What a journey!!! Thank you my Motherland India, for giving me my proudest identity #INDIAN ???????????????? The love,respect & adulation I have been showered with for 25 years, is undoubtedly my life's greatest earning!!????❤️???? As we celebrate 25years of making History, of India winning Miss Universe for the very first time...I want to remember & Thank the people of my second home #philippines ????❤️???? I Thank God for the privilege of having Won Miss Universe in their beautiful country, they continue to overwhelm me with their love & belonging to this day, even naming their children 'Sushmita' ????❤️#mahalkitaphilippines ????????❤️My gratitude to Mr. Martin Brooks (then President of MU organisation) all the chaperones, travel managers, Ms. Barbara, resident manager Ms. Jane, for being such a FORCE of change, for teaching an 18year old me in 1994, the power of professionalism, Value for one's word, earning of reputation, commanding of respect & to always have a inclusive Global view ????????❤️ Their teachings have helped me make many important decisions in the past 25yrs, thereby shaping the Woman I am today ???????? I remember with great love all 77 contestants who competed for Miss Universe 1994!! And, of course, the beyond gracious Miss Colombia @carogomezfilm who won first runners up that year, and yet celebrated India's first victory as if it were her own!!!????????????❤️ Thank you God, family, friends, my children & all of you, who have consistently inspired me to keep growing & be more of my authentic self!!! ????????❤️???? Your wishes came pouring in & have me overwhelmed, THANK YOU SOOOOOO MUCH!!! "May the Universe always conspire in your favour"????????????❤️ I love you guys, #yourstruly #43rdmissuniverse #indiasfirst #missuniverse1994 #india ????????????????????????❤️ #duggadugga

Sushmita Sen debuted in Bollywood in 1996, two years after she won the Miss Universe title. Her first film was Dastak, which she followed up with movies such as Sirf Tum, Chingaari, Kyo Kii... Main Jhuth Nahin Bolta, Filhaal, Vaastu Shastra and Do Knot Disturb to name a few.

Sushmita was last seen in Bengali film Nirbaak and she hasn't announced her next project yet.