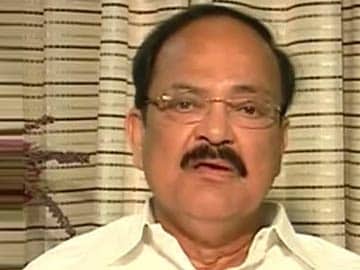 "If the BJP is voted to power at the Centre, Seemandhra will get special status for ten years," BJP national leader Venkaiah Naidu said in Kadapa, Andhra Pradesh today.

He said that the entire world is looking at BJP's prime ministerial candidate Narendra Modi, while the USA, which has rejected a visa to him earlier, had invited Modi.

"Only efficient leadership can develop the state and the country. Chandrababu Naidu and Modi have that efficiency to develop both the state as well as the country," he said.

Criticising the Congress and the YSR Congress, Naidu said that both parties are unable to spell out their future plans.

Promoted
Listen to the latest songs, only on JioSaavn.com
He assured the Muslims that they need not go anywhere if the BJP comes to power at the Centre and would have much more safety than under Congress governments.