National-Level Para-Athlete Forced To Beg In Streets Of Bhopal

He was earlier promised a job by the state government after his stellar performance in the 2017 National Games. 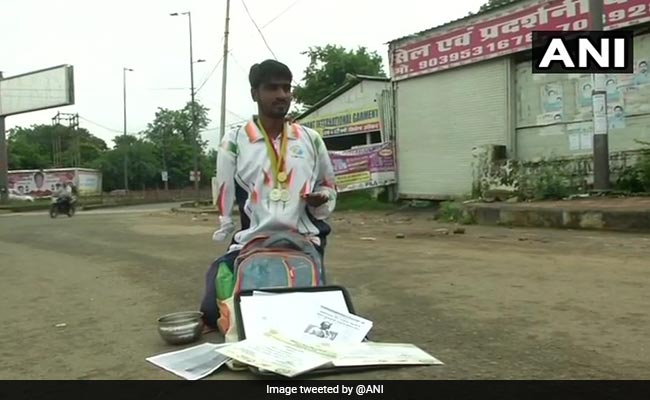 Manmohan Singh Lodhi lost one of his hands in 2009.

National-level para-athlete Manmohan Singh Lodhi has started to earn his living by begging on the streets of Bhopal after the government failed to give him a job.

Mr Lodhi, who has a won medal at the 2017 National Games, said that despite meeting Chief Minister Shivraj Singh Chouhan a number of times he got no response from the government.

He was earlier promised a job by the state government after his stellar performance in the National Games. He has won several medals in state-level tournaments and also won a bronze medal in the 100m race event in National Games.

Speaking to news agency ANI, he said, "I have met chief minister four times, he made promises but didn't fulfil any of them. I am financially weak. I need money to play and also to run my family."

He added, "If chief minister doesn't help me, I will earn my livelihood by begging on the streets."