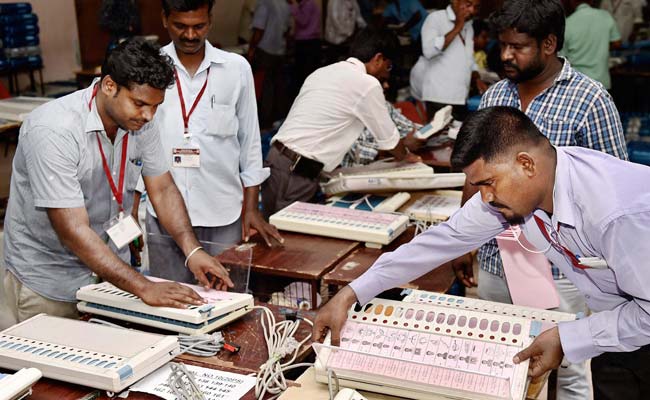 As per the Commission order, polling for Thanjavur Assembly constituency, which was scheduled to be held on May 16, will now be held on May 23. (File photo)

New Delhi: The Election Commission tonight decided to defer holding of Assembly elections to the Thanjavur constituency in Tamil Nadu following evidence of large scale distribution of money to the voters, a move which came a day after it took similar decision for Aravakurichi.

On the basis of report of its observer, the poll panel decided to postpone the elections to May 23 so that "the vitiating effect of the money power created by the distribution of money and gift items to the electors of the constituency loses its intensity and a more congenial atmosphere conducive to the conduct of free and fair election is created."

The Commission said the poll in the constituency will now be held on May 23 and the counting of votes will take place at 8 am on May 25 instead of May 19 as scheduled earlier.

The Election Commission had made a similar decision on Aravakurichi last night using its Constitutional powers.

Tamil Nadu, along with Kerala and Puducherry is going for a single phase Assembly election on May 16.