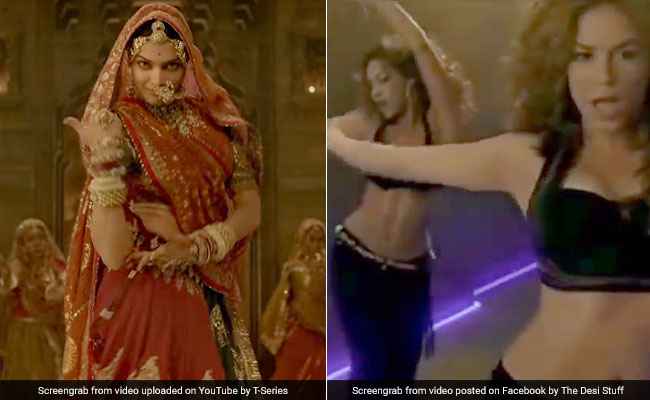 The video syncs the video for Beautiful Liar with the Ghoomar audio track.

Ever since the video of Deepika Padukone's Ghoomar from the much-awaited (and debated) Padmavati dropped, it's created a huge stir online. The video, released on October 25, has since collected over 42 million views and counting. People have been raving about Deepika's look, the gorgeous dance moves performed by her and the overall choreography of the song. However, someone on the Internet thought it worth their while to give the song a makeover of sorts. Their version neither has the song's Rajasthani moves nor its leading lady Deepika. Strangely, this version works too and chances are, like many others, you'll love it too.

Replacing Deepika in this special version of Ghoomar are none other than singing sensation Shakira and pop queen Beyonce. Surprised? Well, they didn't perform to the song or anything. The video is simply a mix of Ghoomar and Beyonce and Shakira's 2007 hit Beautiful Liar.

The video syncs the video for Beautiful Liar with the Ghoomar audio track. The result is something wonderful. We won't say anything else and just let you watch the video to decide for yourself.

Promoted
Listen to the latest songs, only on JioSaavn.com
"This is actually amazing!" says one Facebook user on the video. "The sync is ON POINT and HILARIOUS," says another.