After a Facebook post profiling a cancer patient went viral, people managed to raise over 25 lakh to help him continue his costly treatment. 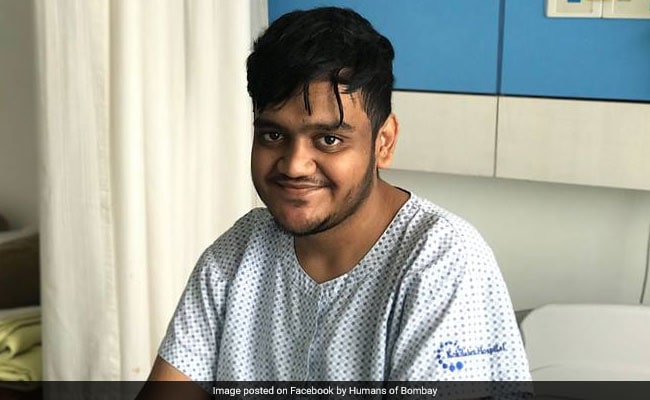 After reading Rushi's treatment was stopped due to lack of funds, netizens raised over Rs 25 lakh for him

Here's something that will restore your faith in... well, if not humanity, at least the Internet. On November 15, the Humans of Bombay Facebook page profiled a cancer patient from Gujarat who had moved to Mumbai to attend college. Soon, Rushi discovered he had an incredibly rare form of cancer and would require a bone marrow transplant and multiple rounds of costly chemotherapy. Stunned to learn that his treatment had been stopped due to lack of funds, netizens banded together and raised over 25 lakh rupees in just 15 hours.

In the viral Facebook post, Rushi described poignantly how his father, with a salary of just ₹​ 15,000, managed to save almost ₹​ 13 lakh for his college fees. Rushi wrote he always dreamed of earning his MBA and his parents never once let the worry of finances prevent him from pursuing his dreams.

After eight cycles of chemotherapy - each costing ₹​ 2.5 lakh - Rushi's treatment was stopped due to lack of funds.

"Seeing my father worried is more difficult than braving these chemotherapy cycles," he wrote. "It's even worse that I can't do my MBA and give my parents the life they deserve... I'm trying to show him the brighter side - I tell him that it's good that I've received another year to prepare for the entrance exam so I'll try to get into the IIMs, but it's tough."

Read the Humans of Bombay post in its entirety below:


The post touched the hearts of many on the Internet, who donated generously towards Rushi's treatment.

Promoted
Listen to the latest songs, only on JioSaavn.com
"Did my bit. I do hope one day we'll get to read your story on the same page about how things eventually happened as you've planned in your mind about taking care of your parents and everything," commented one person on the post.

The next day, Humans of Bombay shared that netizens had managed to raise more than the required 25 lakh in less than 15 hours: "THANK YOU, beautiful humans for relentlessly reinforcing our faith in all the good in the world!"Click for more trending news