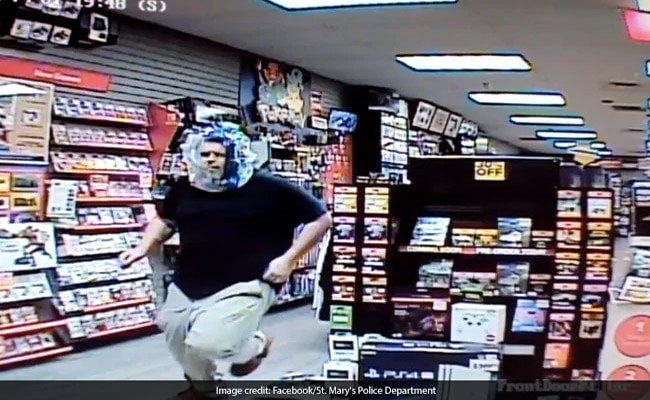 From transparent disguises to clumsy thieves: A look at the funniest robbery fails.

Not everyone can pull off a smooth money heist. For every suave criminal of 'Now You See Me', there is the bumbling Harry or Marv of 'Home Alone'. This list takes a look at some such aspiring-criminals whose robbery fails have left social media users in splits. Over the years, social media users have seen several robbery fails caught on camera. Some were the result of excellent security systems in place, but others were foiled thanks to the ineptitude of the perpetrators.

Here is a look at seven robbery attempts that did not go according to plan (assuming that the plan was to not get caught).

In 2018, a man robbed a gaming parlour in Georgia, US. To hide from the CCTV camera installed in the establishment, he used transparent plastic packaging. The offender was caught on camera scurrying around the store with his face totally visible through a hole in the plastic disguise. Thanks to this inefficient disguise, he was captured soon after. Take a look at the video below:

Last year, a Florida police department launched a search for a "creeping, crawling criminal" who took great pains to steal a safe. Unfortunately, while he displayed great athleticism, he was let down by his intelligence department, who failed to report to him that the safe had been emptied the night before his heist.

Recognize this creeping, crawling criminal? He and an accomplice were caught on surveillance video breaking a window at Domino's Pizza, stealing an empty safe. Report anonymous tips to Crime Stoppers or Det. Giovanni Milicchio at (561) 243-7820 with information.@CrimeStoppersPBpic.twitter.com/Q5YJaQTjwy

In April last year, a clumsy crook managed to upset a whole display case over himself during a robbery. CCTV footage was shared by authorities in Michigan in hopes of identifying the bungling criminal, and it left plenty of netizens very amused.

In January this year, CCTV footage of an attempted robbery had left thousands of people in splits. A shopkeeper in the UK was hailed as a "Pakka Punjabi" on Twitter for his reaction to the robbery attempt. Damanpreet Singh Arora calmly asked the bungling robber who entered his shop if he would like anything else, before chasing him away with a baseball bat, shouting curses.

My cousins get mugged and he's the calmest guy in the world ????????just listen to him #teripehndipic.twitter.com/Fua1mLTMcP

Also on the list of robbery fails: this video of an ATM thief who locked the door and forgot how to open it again. Clearly panicking, the would-be thief eventually started hitting the door with a metal tray, before using it to smash the ATM itself. Watch the video here.

You may think that a criminal would be smart enough to not leave his weapon lying around mid-robbery. No. In October last year, a quick-thinking clerk in Kentucky turned the tables on a robber who put his gun down on the counter. The hotel clerk managed to grab his gun in the middle of the robbery and scare him away.

Watch the incident play out below:

And finally, to end this list to strange crimes and stranger criminals - a video of a shoplifter who was caught trying to steal multiple pairs of jeans from a clothing store. In the hugely viral video, a woman in Venezuela was caught wearing eight pairs of jeans on top of her own in a bid to steal them.

Which video made you laugh out loud? Let us know using the comments section.