Nupur, Rajesh Talwar To Be Freed Today, To Return For Jail Dental Clinic

Last week, the Allahabad High Court cancelled the life sentence handed out to the Talwars by a lower court that had convicted them for the murder of their daughter Aarushi and domestic help Hemraj based on circumstantial evidence.

Ghaziabad: Nupur and Rajesh Talwar will walk out of a jail near Delhi today, four days after being declared innocent of murdering their only child Aarushi and domestic help Hemraj in their apartment in Noida in 2008.

The Allahabad High Court on Thursday cancelled the life sentence handed out to the Talwars by a lower court that had convicted them based on circumstantial evidence.

Nupur Talwar's parents will receive them when they are freed from the Dasna prison in Ghaziabad, where they spent the last four years. Sources say their first stop is likely to be a Sai temple in Noida, after which they will go to the home of Nupur Talwar's parents. Their own apartment, in which their daughter was murdered, has tenants.

The Talwars' release was delayed because a copy of that verdict had not been delivered to the jail last week. A signed 275-page copy has reached the jail now. Manoj Sisodia, the Talwars' lawyer, says they are likely to be released by 6 pm. The Talwars have asked for police protection, citing an earlier attack on Rajesh Talwar at the Ghaziabad court.

The dentist couple has offered to visit the prison every fortnight to treat prisoners, say officials. They helped revive the dental department at the prison hospital and had been treating prisoners as well as the staff, police officers and their children over the years. According to jailor D Maurya, the Talwars would have received Rs 49,500 as fee but they refused to accept anything from their patients.

While acquitting the Talwars, the High Court likened the trial judge who held them guilty to a "math teacher" and a "film director trying to thrust coherence into scattered facts". The judges also said the CBI had failed to prove beyond doubt that the Talwars had killed their daughter and the conclusion drawn by the trial judge was "illegal and vitiated".

In what remains India's most sensational whodunit, the Talwars' daughter Aarushi was found with her throat slit in her bedroom just days short of her 14th birthday. The family's domestic help Hemraj was suspected until his body was discovered the next day on the rooftop of the building where the family lived in Noida near Delhi. 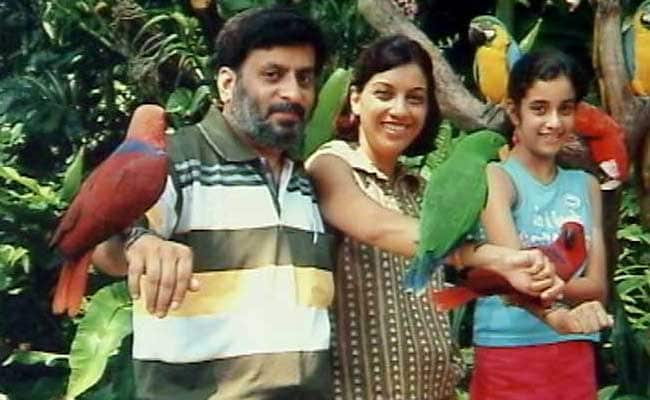 In 2015, the Talwars were convicted by a lower court. They then appealed against that verdict in the Allahabad High Court, which has ripped apart the CBI.
Comments
Rajesh TalwarNupur TalwarAarushi Talwar