In the video, Shiv Sena corporator and former Mumbai mayor Milind Vaidya is heard saying that locals are facing problems due to illegal parking of trucks carrying poultry. 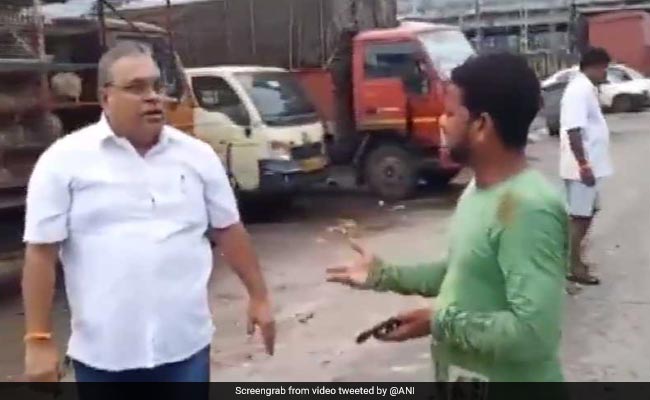 In the five-minute video, the Sena corporator is heard saying that locals are facing problems due to illegal parking of trucks carrying poultry.

He says he has raised the truck parking issue in the Brihanmumbai Municipal Corporation, ruled by the Shiv Sena, multiple times, but nothing has happened.

"But no action has been taken against them...so being the corporates of the area I have taken the law into my hands and evicting these people from here," he is heard saying in the video.

It is not yet clear exactly when the incident happened.

The video surfaced a day after Congress legislator Nitesh Rane and his 16 supporters were arrested for pouring buckets full of mud on a deputy engineer in Maharashtra's Sindhudurg district to show disdain over poor condition of the Mumbai-Goa highway.