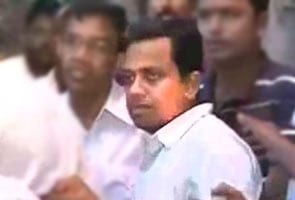 Expressing happiness over the dropping of the charges, Professor Mahapatra today said: "Justice has finally prevailed but still there is a charge against me under the IT Act and I wish I am exonerated of it."

In the first information report (FIR), Professor Mahapatra was booked under Indian Penal Code for defamation, punishable with two years imprisonment and outraging modesty of woman which carries a maximum punishment of one year simple imprisonment.

The arrest of Professor Mahapatra in April this year was widely condemned but Ms Banerjee justified the administrative action and went on to say the circulation of the mail was part of a "conspiracy to eliminate me". She even branded the professor a "CPM man".

Ms Banerjee also walked out of a TV show after being asked uncomfortable questions over the issue.

Promoted
Listen to the latest songs, only on JioSaavn.com
Following much hue and cry generated by his arrest, Professor Mahapatra was granted bail the next day.

Later, the West Bengal Human Rights Commission, taking suo moto cognisance of the case, not only recommended departmental proceedings against two police officers for being "over-zealous" but also ordered the state government to pay compensation of Rs.50,000 to Professor Mahapatra and his neighbour, who too was arrested in this connection.
Comments
Mamata cartoon