UDF convener Benni Behanan said the Front has also decided to move a resolution against Speaker P Sreeramakrishnan and seek his resignation. 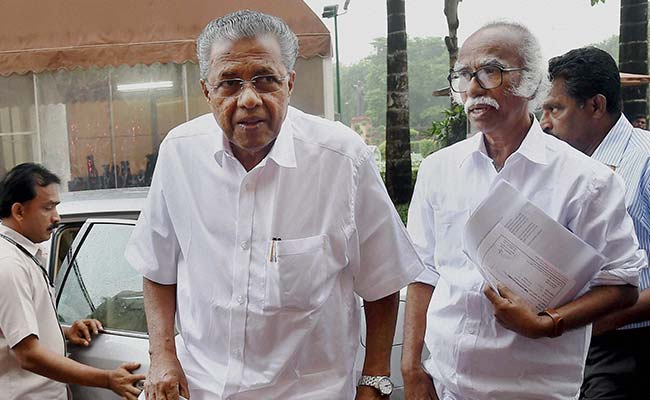 The Congress-led United Democratic Front on Monday decided to bring in a no-confidence motion against the state government as part of its protest seeking Chief Minister Pinarayi Vijayan's resignation alleging that his office was linked to the recent case of gold smuggling through a diplomatic baggage.

UDF convener Benni Behanan said the Front has also decided to move a resolution against Speaker P Sreeramakrishnan and seek his resignation.

The UDF has entrusted the matter with the Opposition Congress Leader Ramesh Chennithala," Mr Behanan said.

He said the Speaker, who has alleged links with one of the accused in the gold smuggling case, needs to step down.

The UDF leader also said that asking him to go on long leave was not any kind of disciplinary action.

Swapna Suresh and Sandeep Nair, the two key accused in the gold smuggling case, were remanded to custody by a NIA court at Kochi on Sunday, a day after their arrest from Bengaluru in connection with the case that has led to a political storm, targeting the Pinarayi Vijayan-led LDF government.

The NIA had on Saturday taken into custody Swapna Suresh and Sandeep Nair, both of whom were on the run, in connection with the bid to smuggle over 30 kg of gold using diplomatic channels through the Thiruvananthapuram international airport.

Swapna Suresh, a former employee of the UAE consulate in Thiruvananthapuram, and Sandeep Nair are among the four people booked by the central agency in connection with the case of smuggling of 30 kg of gold, which arrived in a diplomatic baggage at the airport and was seized by the Customs on July 5.

The NIA had on Friday registered FIR under the Unlawful Activities (Prevention) Act and said it has taken up the probe as the case has international links and initial inquiries revealing the proceeds of the smuggled gold could be used for financing terrorism in India.

The gold, valued at around Rs 15 crore, was seized by the Customs (Preventive) Commissionerate, Kochi.

Swapna Suresh, Sarith and Sandeep Nair of Thiruvananthapuram and Fazil Fareed of Ernakulam have been arraigned as accused.

Sarith has already been arrested by the Customs (preventive) department.

The state government has also removed senior IAS officer M Sivasankar, who was the secretary to the Chief Minister and the IT Principal secretary, following allegations that he had close links with the woman suspect.