More than 25 million people have applied for about 89,409 positions which was announced recently by Railway Recruitment Board of Indian railways, reported Reuters. 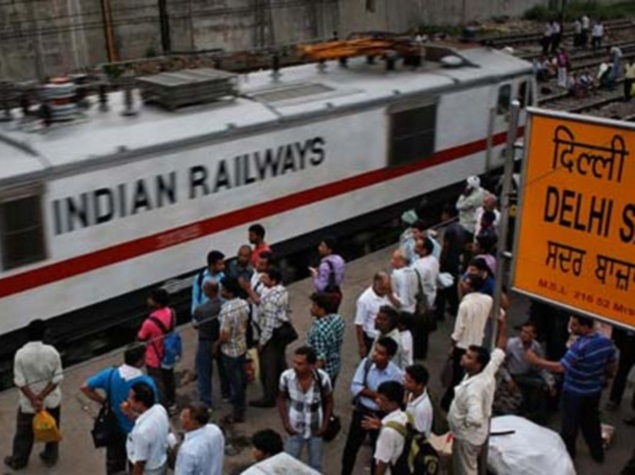 RRB CEN 2018: The closing date for registering for the positions is Saturday, March 31.

New Delhi: More than 25 million - 2.5 crore - people, a number greater than Australia's population, have applied for about 89,409 positions which was announced recently by Railway Recruitment Board (RRB) of Indian railways, reported Reuters. The Indian Railways, which currently employs 1.3 million people, told the news agency that it was filling up tens of thousands of vacant positions for engine drivers, technicians, carpenters, track inspection crews and other roles related to improving safety in the world's fourth-largest network.

This major recruitment process in Indian Railways happening after four years and Ashwani Lohani, chairman of the railways board told Reuters that the network requires people for its operations.

"We've not been recruiting for the last couple of years and attrition is already there. And so we require people," Ashwani Lohani, chairman of the railways board, told Reuters.

The closing date for registering for the positions which are advertised last month is Saturday, March 31.

The recruitment drive would be the largest conducted by a state-run organisation since Prime Minister Narendra Modi took office four years ago.

The aspirants will take a written test available in 15 languages, according to the RRB notification. There is also a physical fitness test and different criteria for men and women have been specified.

Mr. Lohani told Reuters that it would be a logistical challenge sifting through 25 million candidates but the Indian Railways is equipped to handle it.

For assistant loco pilots and technicians of RRB notification which had invited applications for filling up 26502 jobs - alone, Hindustan Times reported last week that, over 50 lakh online applications have been received.

In another jobs announcement recently, Ministry of Railways said that a recruitment notification for 9,500 vacancies in Indian Railways is expected to be released soon. These jobs recruitment will be done for Railway Protection Force (RPF). An official tweet said the recruitment process will begin soon and out of the total number of posts 50% will be for female candidates.

Promoted
Listen to the latest songs, only on JioSaavn.com
(With Inputs from Reuters)