Comical scenes from a not-so-comic situation have emerged from Uttar Pradesh's Unnao district, where two policemen were spotted using unconventional riot gear to break up a local protest.

On Tuesday residents of UP's Akrampur protested the death of two men in a road accident. Yesterday furious relatives launched another protest, this time using the bodies to block the road.

A large group of police - riot police and other security forces, some of whom were armed with guns - were dispatched to get them to stand down. The already tense situation spiralled out of control and the villagers began throwing stones at the cops; several of whom received serious injuries.

Amid the tension and violence, one four-second clip was soon widely shared online.

It showed one cop 'wearing' a plastic stool as a helmet and another with a basket cover as a shield.

The short video shows the policeman with the plastic stool - which he clutches with one hand - brandishing his lathi as he and his colleagues try to restore order. 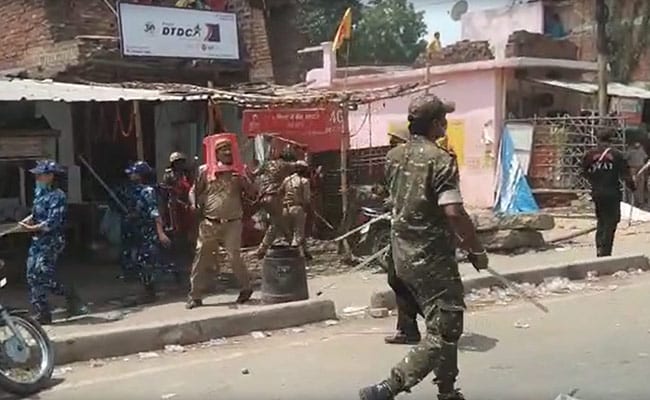 A Station House Office (SHO) has been suspended over the incident.

UP Police posted a statement on Twitter saying an explanation has been sought from local officials.

"An elaborate SOP and sufficient riot gear have been given to all districts to deal with any Law and Order situation. In a Law and Order situation in Unnao, despite intelligence input, the force was ill-equipped, for which the DGP has sought explanation of the SP and, at the local level, the SHO has been suspended," UP Police said.

An elaborate SOP & sufficient riot gears have been given to all districts to deal with any L&O situation.
In a L&O situation in Unnao, despite Int. inputs, the force was ill equipped for which the DGP has sought explanation of the SP & at the local level SHO has been suspended

Other clips from the incident show a fierce skirmish with police and villagers throwing stones at each other. One side of the main road has been completely taken over by the villagers.

In one particular visual an elderly woman in a deep blue saree can be seen throwing a heavy stone at someone not in the frame. 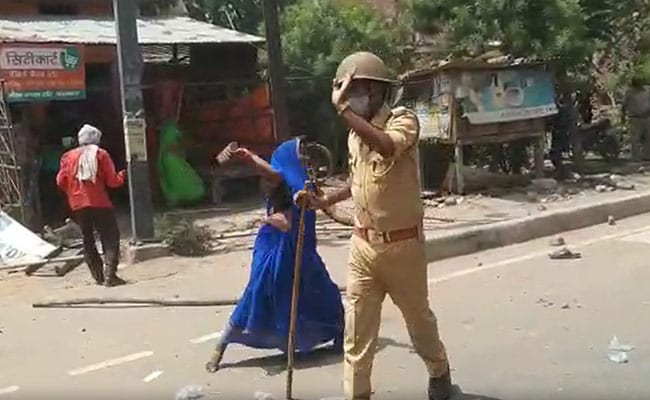 Yet another clip shows armed cops looking on as their colleagues beat villagers with their lathis.

A fourth clip shows a group of police cornered in front of a small building and crouching behind a few trees as they try to fend off a volley of stones being thrown by a gang of young men.

A fifth shows a few policemen - armed with lathis and proper riot gear - running at a group of villagers who scamper away into the houses and buildings by the side of the road.