Dadasaheb Phalke started his career as a photographer in Godhra. 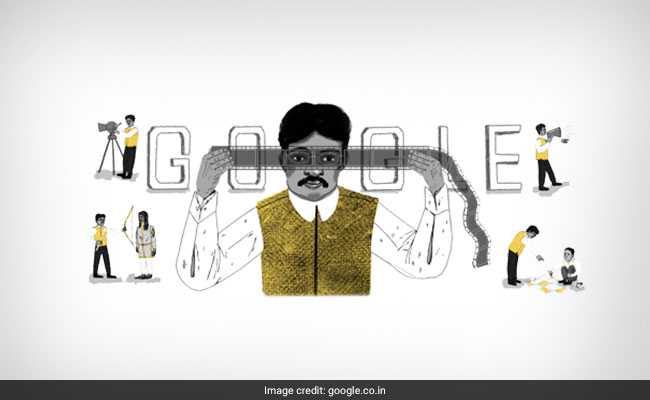 Dadasaheb Phalke's birthday: Google celebrate his birthday with a doodle.

New Delhi: Today Google celebrates the 148th birth anniversary of legendary filmmaker Dadasaheb Phalke, who is known as the Father of Indian Cinema with a doodle. Dadasaheb Phalke is a celebrated producer, director and screenwriter who made 95 movies and 27 short films in a career that spanned 19 years.

Dadasaheb Govind Phalke was born on 30 April 1870 in Trymbakeshwar in Maharashtra, 30 km from Nashik. His father was an accomplished scholar. Dadasaheb Phalke went on to study in the JJ School of Art in Mumbai in 1885. He then studied sculpture, engineering, drawing, painting and photography from Kala Bhavan in the Maharaja Sayajirao University of Baroda in Vadodara.

He then started his career as a photographer in Godhra, but he stopped after losing his first wife and child in an outbreak of the bubonic plague. He briefly worked with the Archaeological Survey of India before he turned to the business of printing. He worked with painter Raja Ravi Varma before starting his own printing press.

A dispute with his business partners and a viewing of the silent film "The Life of Christ" was what led his attention to turn to movies. He went on to make "Raja Harishchandra" in 1912, a year before it was first shown publicly. "Raja Harishchandra" effectively marked the beginning of the Indian film industry, which is now one of the world's biggest.

Promoted
Listen to the latest songs, only on JioSaavn.com
In 1969, the government of India honoured the legendary filmmaker by instituting the Dadasaheb Phalke award, which is one of the most prestigious awards in Indian cinema and the highest official recognition for film personalities in India. The award is presented annually at the National Film Awards ceremony. Actress Devika Rani was the first recipient of this award and other noted personalities include Raj Kapoor, Lata Mangeshkar, Asha Bhosle, Yash Chopra, Satyajit Ray, Mrinal Sen and Shyam Benegal. Vinod Khanna, who became only the second person to be posthumously presented the award, is the most recent recipient of the award this year.

Dadasaheb Phalke had a career that spanned 19 years and it was only with the introduction of sound film that he hung up his boots in 1937 after releasing his last work "Gangavataran". He died in Nashik on 16 February 1944.
Comments
Google Doodledadasaheb phalke