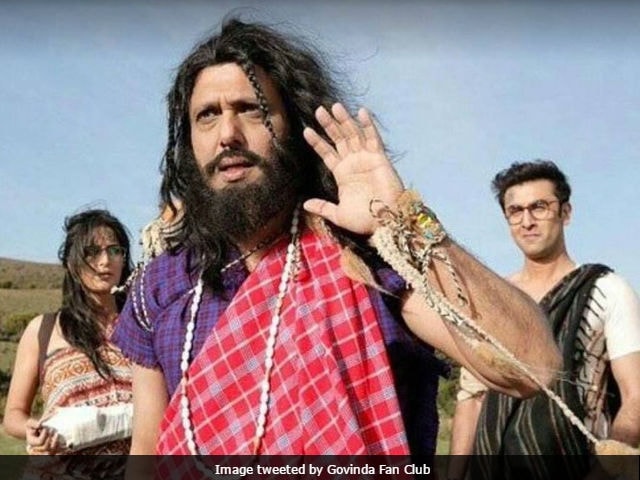 New Delhi: A picture of actor Govinda on the sets of Jagga Jasoos (above) with lead pair Ranbir Kapoor and Katrina Kaif went viral on social media recently, puzzling the Internet somewhat. Govinda's appearance in the film has been under a cloud after his role, already filmed, was reportedly cut by producers over allegedly "unprofessional behaviour" from the actor. It seems now that we might see him in Jagga Jasoos after all because mid-day reports that Govinda's team is trying to convince director Anurag Basu to retain his part. "The movie was in the making for four years and he was patient. He has shot for his part. But, whether Basu retains the part or drops it is to be seen," a source close to the actor told mid-day. Govinda reportedly plays the role of Jagga's (Ranbir Kapoor) foster father.

Last year, there were reports that Govinda was dropped from the project after he demanded changes in the script and because of his "unprofessional behaviour" on the film's sets. The names of Amitabh Bachchan and Jackie Shroff were suggested for the part Govinda was to play. But nothing was confirmed and the project was delayed for another year. Govinda earlier told Times Of India: "I've finished my work but I won't be a part of the promotions. I'm upset with the makers for not clarifying things on my behalf."

Promoted
Listen to the latest songs, only on JioSaavn.com
Govinda's last few filmsAa Gaya Hero (2017), Kill Dil (2014) and Happy Ending (2014) tanked at the box office. In fact, it was only 2014's Holiday: A Soldier Is Never Off Duty, co-starring Akshay Kumar, which managed good business at the ticket window.

Jagga Jasoos is scheduled for a July 14 release (*fingers crossed*).