Today, the makers of Jagga Jasoos shared a new poster of the film on social media. The poster highlights the various adventures of Jagga aka Ranbir Kapoor and Shruti aka Katrina Kaif 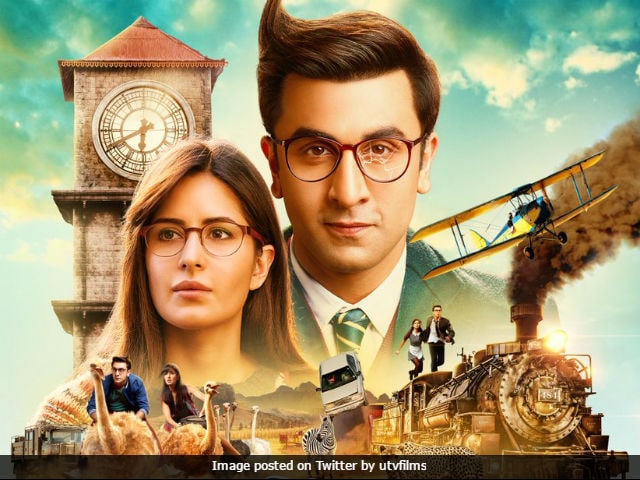 New Delhi: Ranbir Kapoor and Katrina Kaif's much-awaited film Jagga Jasoos is all set to release in theatres on July 14. Today, the makers of the movie shared a new poster of the film on social media. The poster, which highlights the various adventures of Jagga aka Ranbir and Shruti aka Katrina, is sure to leave you intrigued. On the poster, the 34-year-old actor is seen wearing broken spectacles and has a smirk on his face. On the other hand, Katrina Kaif looks quite serious. Jagga Jasoos has been directed by Anurag Basu and marks Ranbir Kapoor's debut as a producer. See the new poster of Jagga Jasoos here:

Jagga ki duniya hai thodi unpredictable
but Shruti ke saath he can do the impossible!

Welcome to the magical #WorldOfJaggapic.twitter.com/WlTOq1cZ8L

Jagga Jasoos narrates the story of a young detective, played by Ranbir Kapoor, who is in search of his missing father. Katrina Kaif features as his accomplice.

Ranbir Kapoor and Katrina Kaif will be reuniting on the big screen after a gap of seven years with Jagga Jasoos. They have co-starred in films like Rajneeti and Ajab Prem Ki Gazab Kahani.

Last week, Katrina Kaif shared a behind-the-scenes video of her upcoming film on Instagram. In the video, the Dhoom 3 actress said that she had to 'slow down' for Ranbir while shooting the song Ullu Ka Pattha.

Promoted
Listen to the latest songs, only on JioSaavn.com
In a video that has been posted on UTV Films' Instagram account, Ranbir Kapoor responded to her. "I'm busy shooting and minding my own business and suddenly I saw these videos of Jagga Jasoos. You are helping me shine, which is amazing. So this one's for you Katrina. Check it," Ranbir said as he shared a glimpse of the song Galti Se Mistake, which was unveiled on June 9.