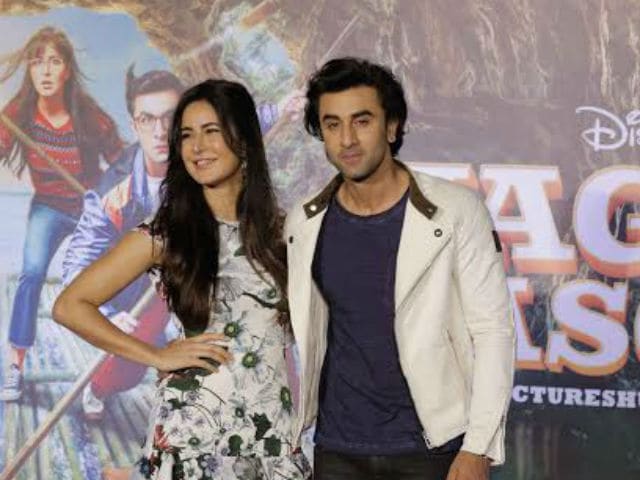 Ranbir and Katrina in Jagga Jasoos

New Delhi: What was supposed to be a press meet with Katrina Kaif and Ranbir Kapoor to launch the song Galti Se Mistake from Jagga Jasoos turned out to be more like an open mic session with Ranbir who, because of not being on social media, we rarely hear from. The media threw tricky questions at the actors, who once dated, asking them about everything from the long delay in the project (the film has been in the making for three-and-half-years) to rumours of them not promoting the film together. Katrina diplomatically avoided answering most of the questions but Ranbir Kapoor, who is also the producer of Jagga Jasoos, kept the reporters entertained with his witty answers.

Here are five of Ranbir Kapoor's best from the song launch in Mumbai.

With a neat reference to Ullu Ka Pattha, the previous song released from Jagga Jasoos: "Zindagi mein mistakes nahi hoti hai, there are only learnings. That's how you grow as a human being and as an artist. Hum sab ullu ke pathe hain."

His personal favourite Galti Se Mistake: "The mistake that I would like to repeat is, I would like to pee on the road, I enjoy it." (Editor's note: Ranbir, may we direct your attention to something called Swachh Bharat Abhiyan?)

Shah Rukh Khan says Ranbir didn't name his new film. Ranbir insists he did: "I want to say this in front of everyone, Jab Harry Met Sejal is my title, I gave this title. I'm not sad because SRK is not giving me Rs 5000 but I'm sad because I was not aware of this reward. SRK, I am coming to Mannat to take my five thousand, cash please! I was shooting at Mehboob Studios and so were, Anushka and Shah Rukh for their film and all of us were sitting and talking and discussing titles so I suggested Jab Harry Met Sejal and everyone laughed and said bahut bakwas hai. And here we are, the poster is out and I am a small part of Imtiaz Ali's next film."

Return present for Katrina Kaif: "Katrina always told me things like, 'I have given you two hits Ajab Prem Ki Gazab Kahaani and Rajneeti. Tu aaj jo hai meri wajah se hain.' So I thought when I turn producer I should pay back all that she has done for me, I promised her 'main bhi tere liye ke super-hit banaunga' - so we have made Jagga Jasoos only for her. This is going to be Katrina's best performance."

Promoted
Listen to the latest songs, only on JioSaavn.com
On failure - and being counselled by Aamir Khan: "When Bombay Velvet flopped, Aamir was not in town. When he came back to Mumbai, he came straight to my house and spoke to me all night about acting, hits and flops. Last couple of years have not been good for me but I still have filmmakers like Rajkumar Hirani and Anurag Basu backing me, so I'm happy with the line-up of films that I have."